Three talented young Black men from south London collectively known as the group Jamm Tyme have got thousands of people talking and “skanking” to their infectious song So you think you can dance on the giant video-sharing website YouTube.

The song has proved a viral hit for Ricsean, 23, otherwise known as Uni Klone, Brendon aka Soca King who is 18 and Jordan, 19, who goes by the name of Jay Flow. It has attracted more than 16,000 hits in just a couple of months. The trio who write their own songs in collaboration with other artists won this year’s coveted UK Unsigned MC award.

However, it is the popularity among young club-goers of the So you think you can dance track and video that has elevated Jamm Tyme’s status in the last couple of months to “must see” act. Ricsean who has a day time job as a manager in sales administration for a finance company, says that the song has received little promotion other than the exposure on YouTube.

He says: “The video was shot and edited by close friend Allan James and was really about a bunch of mates messing around.” But he adds: “The video captures the essence of the song. It is a ‘real life’ video.” 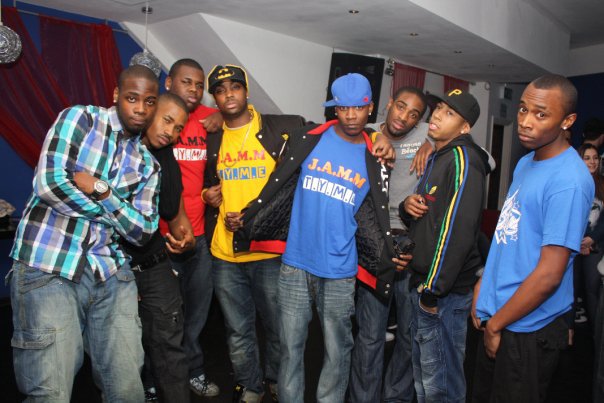 An urgent, electric beat accompanies the rapid rhymes and skilful movements displayed in the video which was partly filmed at the Greenwich University campus. The addictive beat was created by artist and producer Tayman (Nathan Wadsworth), 22, who also makes lively appearances in the video. The group also work closely with producers Jay Brownhouse and Danny Hunt.

Jamm Tyme have been the Featured Artist on the Grime Call website which is dedicated to the Grime music scene in the UK. Although Ricsean admits that So you think you can dance has been labelled by others as a Grime and Funk track, he doesn’t want Jamm Tyme to be known for producing only one type of music.

Ricsean says it can be tiring fitting in his love of performing in front of live audiences with his other commitments but the “buzz” he receives from this is unequalled by anything else, although he hastens to add that he enjoys his day job too. His fellow band mate Brendon, is a media studies student and Jordan is in his second year studying quantity surveying at university.

Judging by the interest they’ve generated with their underground smash hit So you think you can dance, these gifted and level-headed performers look likely to be the UK's next urban group to make the big time.

* To reach the group, send your name and contact details to editor@the-latest.com and state why you would like to be in touch with them.

Man With A Plan Is Where It's At