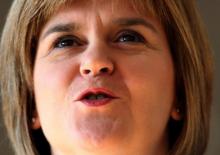 If Scots vote as the polls suggest in the forthcoming UK general election, then Nicola Sturgeon will soon have some claim to being called the most successful British politician of her generation.

In just a few short months, Sturgeon has taken her Scottish National Party from referendum defeat to the brink of the most remarkable election result in recent political history.

She outshone her rivals in the two leaders' debates, with English viewers judging her to have come first according to some polls. Her approval ratings are also now the highest of any party leader across the UK, with even many English voters saying they would back her party next month given the chance.

Whatever you think of her politics, Sturgeon is a formidable politician at the height of her game. Yet to read the coverage Sturgeon has received in recent weeks is to read about somebody completely different.

Descriptions of Sturgeon in the Westminster-based press have run from the hyperbolic to the offensive. In recent weeks she has been described variously as a hostage-taker to "the most dangerous woman in Britain". In just one column today, London mayor Boris Johnson compares her to Atilla the Hun, Herod and Lady Macbeth

Running through much of the coverage has been the common thread of sexism. The Sun newspaper in particular has led the way on this front.

Last month they mocked-up a picture of the first minister in tartan hot pants and crop top while sitting astride a wrecking ball. On Monday they went even further by publishing a cartoon in which she, Leanne Wood and Natalie Bennett pose as Bond girls in revealing cocktail dresses as they surround Ed Miliband. In the piece beneath the cartoon, The Sun's Trevor Kavanagh continues the theme writing that "Nicola Sturgeon may wear high heels and a short skirt, but she eats her partners alive."

This sort of blatantly sexist coverage is not exclusive to Sturgeon however. Labour's Stella Creasy also came under attack from the paper's political editor, after talking in the Commons about page 3 "while wearing a bright blue PVC skirt". Creasy recently told the BBC about the regular sexism she still experiences in Westminster. 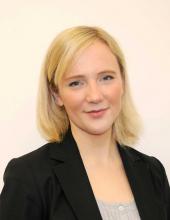 "I'm nearly 40 and I get called a 'girl' in political circles," she said. "I got told when I was first elected that I should use my title from my doctorate, so I should be called Dr Stella Creasy because as a blonde, young woman I would get taken more seriously!"

It's not just those on the right who seem to have this attitude. Even Westminster old-hands on the left seem to be uncomfortable with the rise of women in British politics. The Guardian's assistant editor, Michael White appeared stumped by the sight of three female politicians taking part in last week's leaders' debate. Writing in the paper on Friday, White claimed the presence of one more woman than men on the stage was "ridiculously unbalanced".

The idea that female politicians should be defined by anything other than their clothes or gender seems to have passed much of Fleet Street by. Indeed anyone reading the endless coverage about Cameron, Clegg and Miliband's wives and their outfits over recent weeks would assume Britain is still stuck somewhere in the middle of last century.

These attitudes have long-remained untouched in the heavily male-dominated world of Westminster. The rise of Nicola Sturgeon is merely bringing them to the fore.