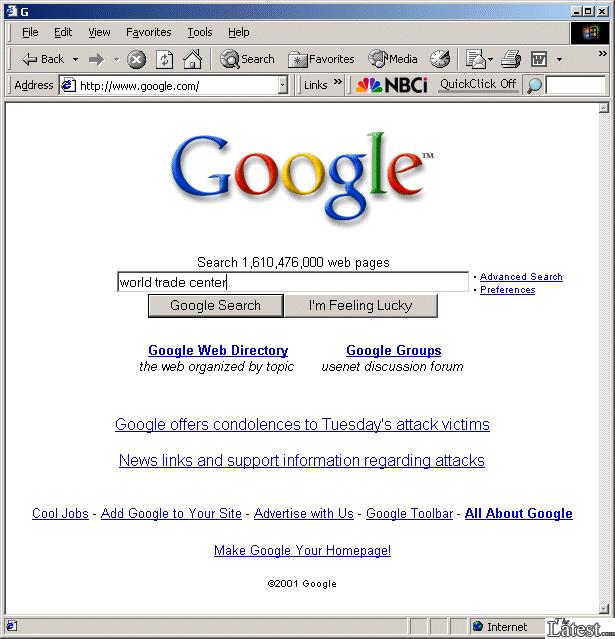 Search engine giant Google launched a law suit in July against an Australian who registered 26 domain names all of which had the name Googler in them. Google won the battle.

According to the website registration site 123-reg.co.uk, representatives from Google did not take kindly to Jan Jeltes, from Eden Hills near Adelaide, buying so many domain names with the name Google in them.

In fact, Dragons Den, an online recipe food website, has had the same type of problem. Ifood.tv had been rumbled by the Dragons for being close to Ifoods.tv.

Some of Jan Jeltes's 26 domains which included Google similarities were:

A blogger on 123-reg said: "At the time the dispute was lodged, most of these domains were pointing to a blog containing comments on the news. However, domaingoogler.com led you to a site offering several domains - including a couple of disputed ones - up for sale."

He added on the blog: "The case was dealt with by the World Intellectual Property Organization (WIPO)."

And the suit found in favour of Google on August 8.

The blogger commented: "What I found interesting about the dispute is that one of Jeltes' key arguments centred on the idea that the term Googler is in the common vernacular - basically, that we use it to describe somebody who uses Google's search engine."

And added: "Jeltes didn't help his cause by offering some of the domains for sale either. It gave weight to the argument that they were registered for the sole purpose of selling them on at a profit, and not to build a legitimate business or website."

He warns: "The lesson here? As always, be very careful about infringing trademarks or registering domain names which are similar to another company's."

Advice for trademarks can be found on the UK intellectual property website http://www.ipo.gov.uk/home.htm.

A trademark can be a word or logo, or combination of both to distinguish a product or business.

The blogger from 123-reg said that it would be a pain having to change a domain name if it was close to trademark infringement.