Military accused of cover-up in 'murder for sport' outrage 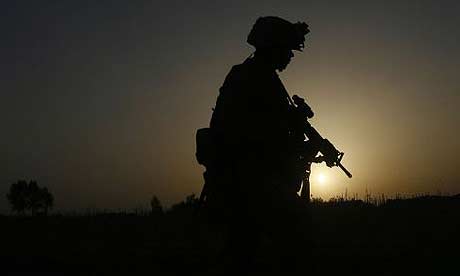 With five US soldiers accused of murdering unarmed Afghan civilians, the army is "scrambling to locate dozens of digital photographs" allegedly showing the defendants posing next to the victims' corpses.

Military commanders worry that if the images are leaked, they will inflame stateside public opinion against the war, and incite attacks on American troops abroad. Should the army keep the photos hidden, or does the public have the right to see them?

The "power of photos to stir up anti-American sentiment" was made clear in 2004 when images showing abused Iraqis at Abu Ghraib prison went public, says Hal Bernton at The Seattle Times. Military leaders know they can't afford to "anger Afghan civilians at a time the United States is trying to win support for a counterinsurgency campaign against the Taliban.”

Washington is all for publicising "vicious" attacks when they're committed by the Taliban, say the editors of Pakistan's Daily Mail, but it does everything it can to hide the truth when it comes to American atrocities like the alleged murder of civilians for sport. This "double standard" puts America's political interests ahead of its concern for "the value of human lives."

Defence lawyers have been ordered to return copies of the photos, including some showing soldiers holding up the heads of dead Afghans, says Justin Elliott at Salon.com, on the grounds that their release could prevent a fair trial and damage the reputation of US armed forces. However, government secrecy experts say that, under the Freedom of Information Act, the military probably can't "keep the pictures secret indefinitely."