Millionaire goes on the road to help jobless 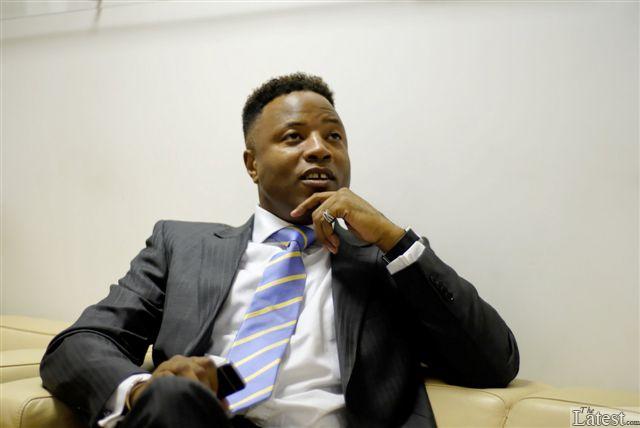 Self-made London multi-millionaire Roger Lynch has unveiled plans for a fleet of coaches which will combat unemployment in some of the British capital's poorest boroughs.

His south London-based organisation has spent more than  £300,000 each to turn a fleet of 43ft luxury coaches into state-of-the-art mobile training centres. The "pimped"   Robustraina can accommodate up to 20 students with their own workplace.

Lynch, who grew up on Southwark's notorious Aylesbury Estate, is the founder of the transport firm Ruskin Private Hire which employs more than 400 people. The learning arm of his firm, Robust Training, runs courses for scores of people referred to it by Job Centre Plus and other similar organisations. Now he has added the mobile learning project to his portfolio.

Lynch says:  "We plan to get 18 buses by 2010 split into industries and specialising in employment areas. That will get more people back into the world of work at a rate of at least a thousand people a year across the UK."

He adds:  "Our aim is to up-skill people and engage with the community. There are 14-18 years olds out there with no training, no form of engagement or employment because they don't want to be seen going to a job centre. The vehicles are used to engage with them."

"The response has been excellent. When the kids are on the vehicle you hear what they say. They are scared human beings because some them can't read or write and haven't told anybody. Once you get them away from their group, you question them, they answer you, then you know you've got them doing something positive with their lives." 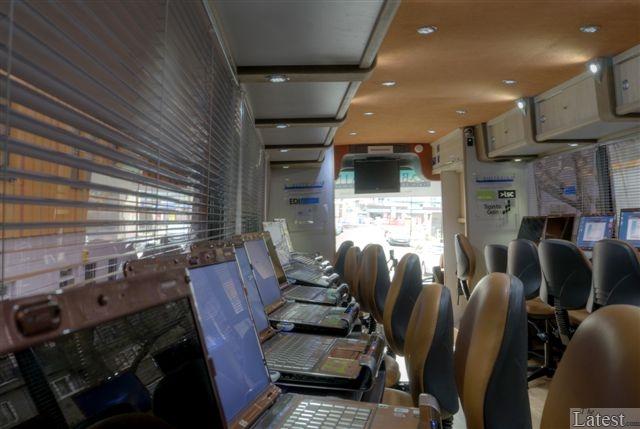 The Robustraina has attracted huge interest from employers and government but the authorities were not always helpful. At first he had to pay for the buses and it cost him  £8.5m. "I had to try to convince the establishment this would work. Now the government and others support us," he says.

The winner of the Entrepreneur of the Year at last year's Southwark Black Business Initiative awards, Lynch, 43, unveiled the first mobile training vehicle at the Royal Festival Hall, London, in October.

His project   operates across the London boroughs with the coaches helping to train disadvantaged youths in high crime rate areas. Lessons lead to diplomas and the provision of other skills training.

The coaches, worthy of anything created by vehicle building experts on the satellite Tv music station MTV Base's popular show Pimp my ride,   were designed by Lynch. They are fully-equipped with broadband internet connected wireless laptops, power point and DVD projectors, plasma televisions, a 12-seater lounge with leather sears, kitchen and disabled toilets, gaming systems and a satellite link to qualification-awarding bodies who can give students instant help.

Lynch said:  "Too many people feel that life owes them a living. We want to get them on a path and channel their ambition to succeed  — that's what we're about."

After founding Ruskin Private Hire, which among other services has helped transport disabled and vulnerable children across the capital since 1997, Lynch opened Robust Training 10 years later spurred on by a tragic personal experience.

Once a promising champion sprinter, his athletics career was cut short by a crippling Achilles tendon injury which put him in a wheel chair for two years. Then he was diagnosed with diabetes. He says   there was no help available for him from the authorities but rather than be bitter he decided to do something about it. Ruskin Private Hire now provides 5,000 children and adults in similar circumstances with transport and help getting around town.

Robust Training has recently won a contract from the government's Learning and Skills Council to train 500 people in the passenger transport industry.

Leroy Adoleye, one of   Lynch's many employees who were once deemed "unemployable", had been out of work for five years. He was trained by Robust Training to drive the luxury buses. He said:  "You have to be willing  — it's not what the community can give you, it's what you can contribute to your community."

Six similar coaches have now been commissioned, including one which is the result of a deal between Lynch and multinational computer corporation Apple. The Japanese want Lynch to help them build a fleet of similar coaches too.

He admits to being pleased by the  "phenomenal response" of employers and training organisations but says it will make him even happier when his many students have sprinted past the finishing line and achieved their goals.