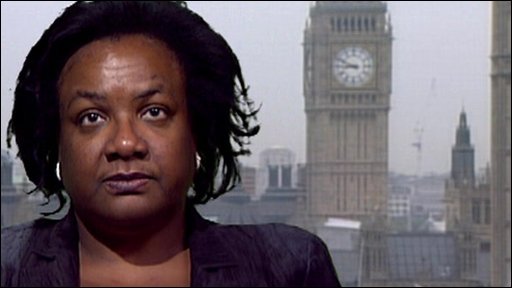 Black British Member of Parliament and Shadow Health Minister Diane Abbott faced calls for her resignation after comments she made about white people on Twitter.

The Hackney North and Stoke Newington MP sparked controversy on the social networking site when she tweeted: "White people love playing 'divide & rule'. We should not play their game" followed by "#tacticasoldascolonialism" - a way Twitter users flag up keywords and topics.

Her comments were a reaction to a conversation on Twitter about media coverage in the wake of the Stephen Lawrence murder trial.

Although Abbott insisted that her remarks were taken out of context she later apologised amid claims they were racist. 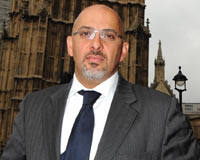 "If this was a white member of Parliament saying that all black people want to do bad things to us he would have resigned within the hour or be sacked.

"For a shadow minister to hold these sort of views is intolerable, it is wrong, she needs to go."

However, Editor of The-Latest and veteran anti-racism campaigner Marc Wadsworth dismissed demands for Abbott’s sacking  as “mischief making”, overshadowing the real debate about the other members of the Stephen Lawrence murder gang still at large and race-relations in the UK.

Wadsworth said: “The controversy surrounding her comments is clearly mischief making on the part of a new Tory MP of colour who should have known better than to demand Diane’s resignation. She could have phrased what she said better by saying that some white leaders have played divide and rule. But it should be remembered that this was a Twitter conversation between two black women. It should also be remembered that Diane was using a 140 characters to explain something that was quite complex and historical.”

Wadsworth added: “The real debate should be about how we get the murderers of Stephen Lawrence who are still free behind bars and how we improve race relations in Britain.”

Al-Qa'ida and the myth behind the war on terrorism

Is multi-culturalism a bad idea?