A US housing charity with past ties to President Barack Obama has been hit by a damaging controversy following evidence of staff corruption exposed on America’s infamously right-wing television channel Fox News.

ACORN (the Association of Community Organisations for Reform Now) was targeted in an undercover video sting meant to show the public what goes on behind the scenes at the company’s sites across the country. Fox News is owned by Rupert Murdoch’s media empire and has been openly hostile to Obama.

Video tapes, released on Fox News in mid-September, showed ACORN staff in five US cities giving advice on tax evasion and child sex-trafficking to undercover reporters posing as a pimp and prostitute.

One ACORN employee in Brooklyn advised the pair how to finance a brothel with government money. She said:  "You have to find another name for it. Honesty is not going to get you the house. You can't say what you do for a living."

ACORN chief Bertha Lewis claims that the employees in question were illegally entrapped and that ACORN intends to sue for damages. 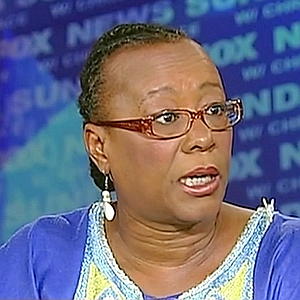 In a news release Lewis said that O’Keefe acted in “clear violation of the law to inflict maximum damage to the reputation of ACORN. Unfortunately they succeeded".

ACORN went on the attack by calling the undercover sting a racist vendetta, because most staff featured in the tapes were Black. The scandal has even reached the doors of the White House due to President Obama’s connection to the charity.

The President represented ACORN in a successful lawsuit in 1995 and worked as a “community organiser” for the Chicago branch. Obama has been questioned many times about his ties to the organisation that was most recently involved in a voter fraud scandal.

According to an ACORN news release of October 2: “This attack on ACORN is part of an aggressive right-wing campaign, which has as its goal the destruction of the nation’s largest organisation of low-income families. This represents an attack on communities of colour and on President Obama himself.”

The multi-million pound legal battle between Fox News and ACORN continues and the charity is being represented by one of the country’s top litigation firms, Brown, Goldstein, and Levy, who have fought many high-profile cases and won million of dollars in payouts for their clients.

It is a US scandal that has been blown out of proportion by media on both sides of the argument, and right-wing commentators continue to use the tapes as ammunition against the perceived left-wing agenda of their targets even when it is irrelevant.

There have been hugely damaging consequences for the company. Pending further investigation, the American Congress has voted to cut funding to ACORN and the US Census Bureau severed ties with the group in the wake of the controversy.

You're being filmed - and so is he