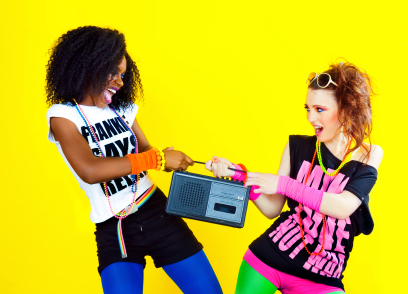 Let’s face it - the 1980s gave us a lot of bad, cheesy and embarrassing music.

But is the worst song the decade of Rubik’s cubes and leg warmers produced really the number 1 hit We Built This City by the group Starship?  It is, according to the readers of US-based Rolling Stone, the music and popular culture magazine.

Rolling Stone asked its readers to vote in an online poll for the most horrifyingly bad songs of the ’80s, and Starship came out on top - by a huge margin.

According to the journal, it was “what could be the biggest blow-out victory in the history of the Rolling Stone Readers Poll.”  Apparently, fans who loved edgy rockers The Jefferson Airplane back in the sixties didn’t appreciate the fact that the band had seemingly morphed into a slick, soulless pop act called Starship.

Coming in at number 2 in the poll was Swedish band Europe‘s awesomely lousy song The Final Countdown and at 3 was UK crooner Chris de Burgh‘s ballad The Lady in Red. The rest of the top 10 were as follows:

5. Men Without Hats - The Safety Dance

10. Rick Astley - Never Gonna Give You Up

It’s worth noting, however, that back in the ’80s, people loved these songs.  They all reached the top 10 on the Billboard Hot 100, with many reaching the much coveted number 1 spot.

Watch Out For Evanescence