Have you ever wished you hadn't sent that late night text to an ex? Or maybe you've accidentlly sent a naughty message to your dad instead of your lover?

Well, a 28-year-old American woman has created an app which lets you take back text messages before the other phone receives them.

Maci Peterson is the brainchild behind On Second Thought, which is available to download through the Google Play Store.

In an interview with BlackEnterprise.com Peterson explained how the app actually works.

"On Second Thought is very easy to use," Peterson said. 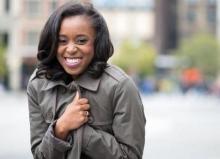 "After downloading the app, you go to the app’s settings, set On Second Thought as your default SMS app and determine the length of your 'grace period' — up to 60 seconds.

"The 'grace period' is the amount of time you have to swipe left and Ost (recall) a message after hitting send.”

Peterson is also working on a “curfew” feature for the On Second Thought app.

The 28-year-old explained: "It’s for those nights on the town when you know you might have a bit too much to drink. Just go to your On Second Thought settings, determine the time you’d like your 'curfew' to start, and all messages you try to send after that time will be held until the next morning. 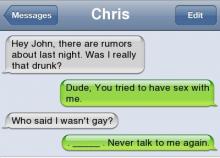 "Once the 'curfew' expires, you can look back and see which messages you still want to send, and which ones you’re thankful didn’t go through."

The innovator, who studied at Spelman College - a historically black liberal arts institute for women in Atlanta, Georgia - hopes to help inspire more women of colour to get involved with technology and science.

"Girls and women of color will be more attracted to the tech industry if they see women of colour succeeding. My hope has always been that people will hear my story and think, 'If Maci did it, I know I can too'."