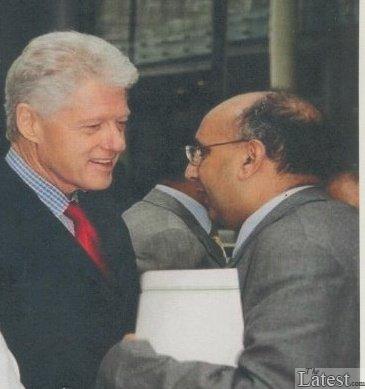 It was said that after the success of the independence movements in the developing world countries that a new economic colonialism took root and the empires of Europe gave way to American imperialism.

I think we are moving into a new era of post-economic "colonialism" and post-American "imperialism". We can see the signs of this new world.

The economic imperialism of the West and Japan is giving way to a much broader economic growth in different countries of the world. China and India as the two most populous countries have shown signs of economic take-off. For the first time in several centuries, "non-white" countries and masses of their populations (not always the majority) have experienced what it means to have an economically comfortable life.

A new post-American "imperialism" world through the Obama revolution is under-way. The USA had unprecedented period of global military dominance after the decisive defeat of the old Soviet Union. In my analysis, the USA has a very weak   "imperialism" record, although it has military bases and alliances around the world to maintain a balance of power. It has not sought "territorial" imperialism. It is, after all, one of the first countries to free itself from colonialism - British colonialism.

Even China with its global ambitions is unlikely to secure the long term domination of any sphere despite it trying to do this in Asia and Africa.

There is much more of a military balance of power in the world with the USA still very dominant, but NATO, Russia and many new nuclear weapons states around the world. The world has not got beyond stocking up piles of nuclear and other military arsenals. This is wasting economic resources which can be deployed for economic development.

In addition, we have the threats of terrorists getting hold of very dangerous weapons with impunity from the sort of balance of power politics and morality which restricts current national and international legal powers.

The limits to US military power and the end of old fashioned Soviet imperialism is good for the world. The Obama Presidency has shown signs of engaging with diplomacy as well as using military power in a very restricted way.

The uncertainties of this new world can also be the beginning of hope that a new sort of world can be created without the need for colonialism of any type. We should hope for a world where all people can experience the comforts of economic development as well as the replacement of military might by diplomacy as a method for solving conflicts.

Israel 'as an apartheid state has no future'