Teenage neo-Nazis are on the rise even as the British far-right splinters into oblivion, anti-fascist activists warned yesterday.

In an end of year report, Hope Not Hate also raised fears of the danger of “lone wolf attacks” and the increasingly fertile ground for anti-Muslim propaganda on the back of the Paris attacks.

Report co-author Matthew Collins said that while the leadership of fascist groups is younger it is also “less experienced.”

He added: “To some degree it is terribly less competent than it was.”

Groups such as the openly Nazi, National Action (NA) are a particular concern to anti-fascist organisations across Britain. 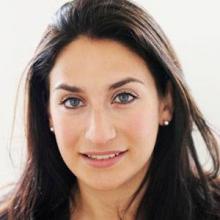 Though at the moment its membership is calculated between 40 and 50 people, the group has been described as “very active and pernicious” and with the potential to grow.

One of its main targets has been universities, where several NA posters were found last year.

The hate group, which describes itself as “like the BNP but more radical,” is predominantly composed of teenagers and 20-somethings.

Among them was 21-year-old Garron Helm, who was imprisoned last October for sending Labour MP Luciana Berger over 2,000 anti-Semitic tweets and death threats.

NA’s gathering of fanatics ready for violence is an example of things to come.

Mr Collins said that “the potential for danger is a lot greater now than perhaps it was five years ago.”

In July another teenager, Michael Piggin, was detained after his Loughborough room was found covered in swastika flags and homemade explosives and air rifles were retrieved.

“You have seen how Theresa May proposed to kick out international graduates without the opportunity to apply for work here in the UK,” said Mr Paudel.

“If the Home Secretary has that intention, of course, many people will follow her xenophobic ideas.”

And although youth recruitment numbers have not yet set off the alarms of those combating far-right mobilisation, other dangers lie ahead.

The Hope Not Hate report acknowledges that the release from prison of English Defence League founder Tommy Robinson in July could mean his return to politics.

According to Hope Not Hate, the ex-EDL man has the charisma, media ability and willpower to unite the far-right under his anti-Muslim quest.

“He is the one person currently around who could transform the fortunes of Britain’s far right and anti-Islam groups,” claimed Hope Not Hate chief executive Nick Lowles

* This story first appeared on MorningStaronline.co.uk.