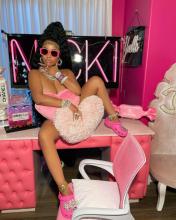 Once again Nicki Minaj is breaking the internet. But this time it’s because of Crocs not anacondas. 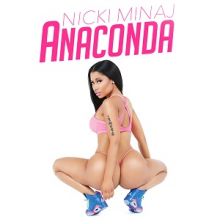 The 38-year-old rapper has been sporting the foam clogs on her Instagram to promote a new mixtape Beam Me Up Scotty.

She was first seen wearing bejewelled hot pink Crocs, with the Chanel logo on them, on her Instagram, on May 10th and then again in black ones with the launch of her track five days later. The images went viral, triggering the question: are crocs trendy now?

Love them or hate them, Crocs - the high arch rubber clogs - three American sailing enthusiasts in 2002 as boater-floaters for US singer-songwriter Jimmy Buffett types in Florida but have now sold more than 300 million pairs in 90 countries. 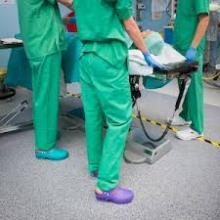 Treasured for their comfort, rubberiness and floatability, they're as popular with toddlers as celebrities as US TV chef Mario Batali.

"They are great at the dog park or in the backyard where I am likely to step in something that is very difficult to clean off sneakers but comes off easily with a hose or a wipe from my clogs," one wearer writes in an Amazon review. The comfy footwear are also a common sight wore by de rigeur by doctors and nurses on duty in hospitals.

Minaj, the US-based Trinidadian rapper, who came out of retirement this summer, caused the sales of the shoes to sky-rocket with a spike of 4,900 percent, according to retail industry figures. She caused the brand's official website to crash, with fans clambering to grab themselves a pair of pink clogs.

The Crocs brand has been slowly making a comeback, with them becoming more visible on social media, such as Tik Tok, during the pandemic.

Pop stars such as Justin Bieber and Post Malone have even collaborated with the brand and other celebs have worn the basic-looking shoe to award shows. They include Americans, musician Questlove, who wore a gold pair to the

Oscars this year, and rising star actor Nicholas Braun, showing them off at the Emmys in September, proving that they are no longer just a comfortable slipper.

However, Nicki’s post has brought the shoe into the spotlight more than anyone else, setting them as the shoe trend of 2021.

Social media was ablaze with “barbs” (Nicki Minaj’s fans) talking about their excitement for the new mixtape but also how they were now going to buy similar Crocs.

One tweeter said: “Nicki Minaj got crocs so I’m getting crocs”.

Another showed a previous tweet they had written, talking about how they would never wear Crocs and then a current photo of them buying the shoes after seeing Nicki wearing them.