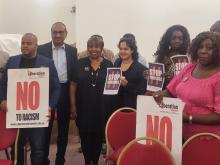 Two MPs and most of Nottingham’s African, Asian and Caribbean councillors attended the launch of a new chapter of The Liberation Movement (TLM) in the city. Meeting organiser Cllr Hassan Ahmed, co-founder of TLM, said at the Indian Community Centre event: “This is a broad-based, grassroots anti-racist organisation that’s unashamedly led by people of colour. Of course, we welcome white allies as supporters, especially as trade unions are at the core of this movement.” 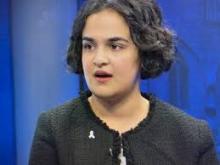 He added: “TLM knows there are other already existing anti-racist groups and we are complementary to them, not in competition.” 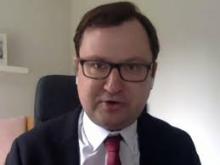 Nottingham East MP Nadia Whittome said: “The Liberation Movement is a really important initiative to not just fight for diversity and representation, or even equal rights, but the liberation of all groups and, in doing so, build a better world for everyone in our communities.”

Alex Norris, MP for Nottingham North, said: “Racism has no place in society and I have always done all I can to help root out discrimination and inequality, especially in this city. That is why I welcome giving my support to The Liberation Movement.”

Cllr Audrey Dinnal commented: “I’ve come to today’s excellent The Liberation Movement event because we need to stamp out racism once and for all and this is the way to do it.” 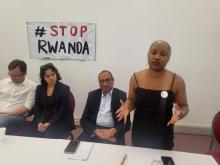 Deborah Hobson, a leading trade unionist, Labour Party activist and joint leader with Cllr Ahmed of Grassroots Black Left, who co-chaired the meeting, said at the July 24 launch: “We are a new organisation and we welcome everyone who genuinely wants to engage with us in the fight for civil liberties.” 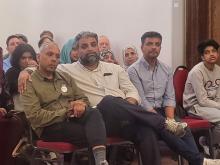 Cllr Sajid Mohammed pointed out that “eighty per cent of recorded hate crime in Britain is either race or religious-based and only 20 per cent of it gets reported”.

He added: “Racism isn’t a people of colour problem. It is a sickness and disease in the white community that white people must address. United together we can defeat it. The Liberation Movement must continue the momentum started by Black Lives Matter.” 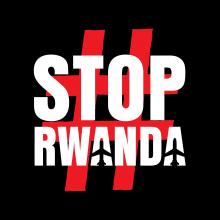 The government’s widely condemned policy to send asylum seekers to Rwanda for their applications to be processed was heavily criticised by many of the speakers. There was a prominent #StopRwanda poster on the wall behind them. 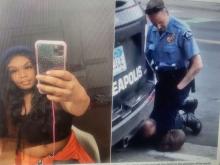 It was pointed out that the youth held mass Black Lives Matter demonstrations around the world, including in Britain, after a white American cop murdered unarmed Black man, George Floyd, in a public racist lynching in June 2020 that was caught on camera by teenager Darnella Frazer. But strong resistance to police brutality and other forms of racism needed to be kept going. 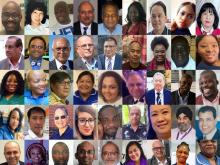 Sixty per cent of NHS frontline workers who died at the beginning of the covid-19 pandemic were people of colour.

The government racist “hostile environment” immigration policy was behind the Windrush scandal. At least 72 people were massacred in the Grenfell tower block inferno, most of them poor, asylum seekers and refugees or Muslims of colour.

Black people, particularly men, continued to be killed in custody by police and prison staff. 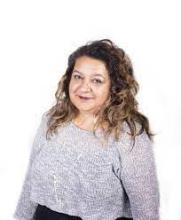 Shamsher Chohan, East Midlands regional organiser of Grassroots Black Left, said: “I am here to give solidarity to this great new movement, which I’m delighted to be involved in. My Communities INC organisation, which is based in Nottingham, is currently running a Stand By Her bystander intervention training programme that tackles men’s violence against women and girls. We invite anybody in The Liberation Movement to get training for free from us.” 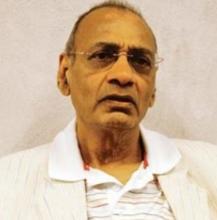 I referred to Black people in Nottingham, including my ex-World War Two RAF father, fighting back against racist attacks in the St Ann’s suburb uprising of 1958, which predated the more famous one in London’s Notting Hill in the same month of August. 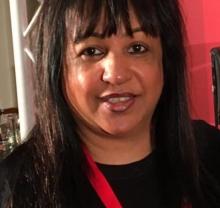 And the struggles of Black mainly Asian workers at the nearby Loughborough-based Mansfield Hosiery Mills in 1972 and Leicester's Imperial Typewriters factories two years later in which South African Indian Bennie Bunsee, who went on to become my Labour Party Black Sections political advisor, played a key role. The trade unions, to which the workers belonged, weren’t always as supportive as they should have been. But things have got better, with the emergence of self-organised Black Sections in the unions.

Cllr Angela Kandola helped organise the TLM launch, making the Indian Community Centre, on whose management board she sits, available to host it.