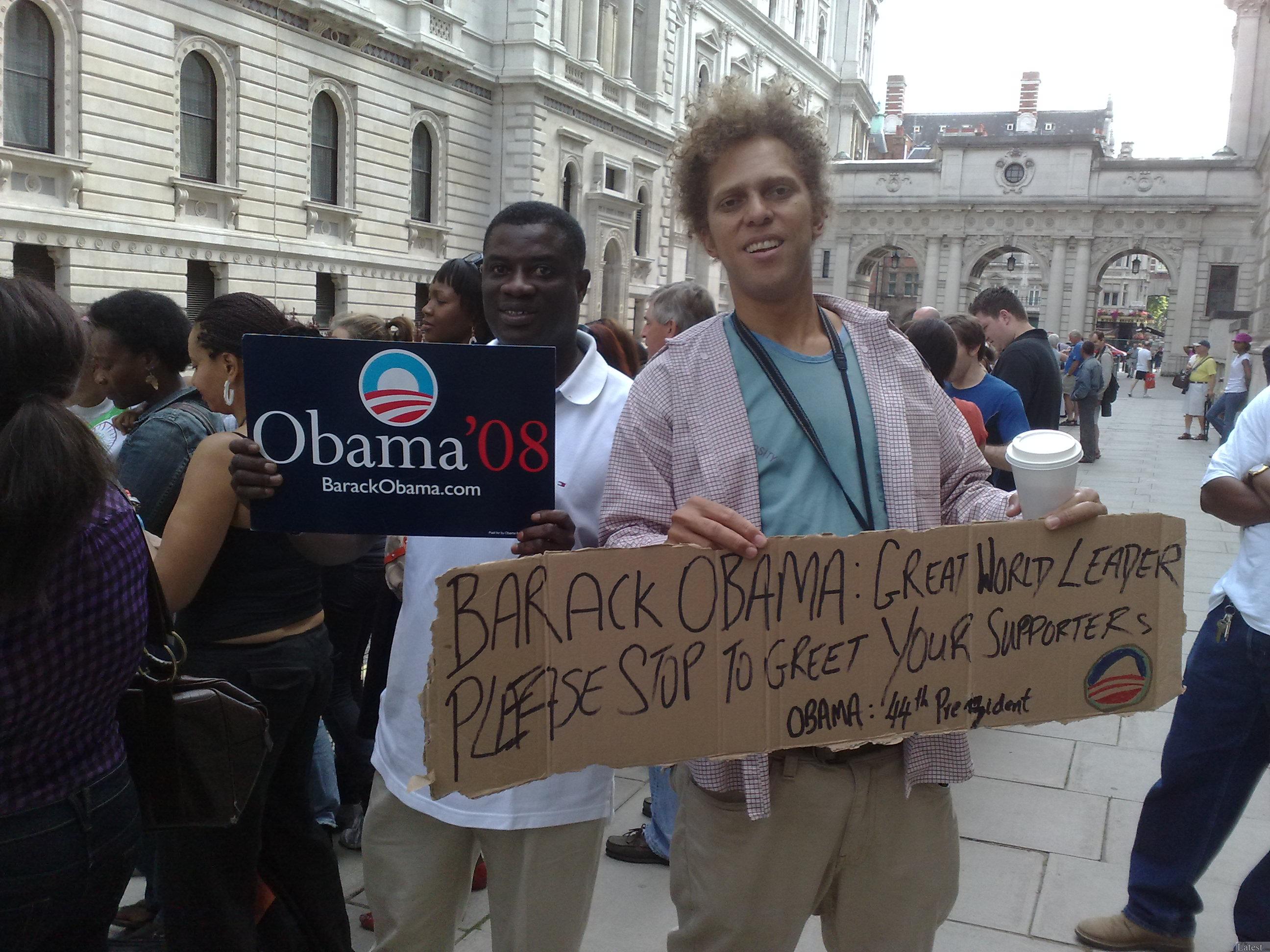 Supporters of Barack Obama hoping to greet the American presidential candidate were left disappointed today. Some glimpsed him outside the Hyatt Regency hotel in London's Portman Square where he was staying. But the majority who were gathered at Downing Street were kept well away from Obama by tight security.

He had a breakfast meeting with ex-British prime minister Tony Blair at his hotel, then spent two hours with prime minister Gordon Brown at 10 Downing Street and an hour with opposition leader David Cameron at the House of Commons.

Obama said US and British secret service agents had dissuaded him and Brown from going on a walkabout. But fan waiting eagerly outside Downing Street Chrystal Rose, the former British chat show host who now lives in Atlanta, blamed diplomatic protocol. She said that when Obama's Republican rival John McCain visited Britain in March he did not speak with the public and the Obama campaign did not want to over step the mark.

Veteran peace campaigner Brian Haw (pictured left), who has waged a one man anti-war vigil opposite the UK parliament since Iraq was invaded seven years ago, was scathing. He told The-Latest : "Barack Obama should get on his knees and beg the public for forgiveness for the hundreds of thousand of innocent Iraqi and Afghan lives America has destroyed." He added: "When he said he would talk with Iran I was very hopeful he would be different to the other leaders. But now he has been to Israel he has changed his tune and it seems that Isreal could launch a nuclear strike against Iran at any time with his blessing."

Supporters met opposite Downing Street at 10am and held up signs and banners and wore Obama gear.

Well-organised supporters have raised hundreds of thousands of pounds for Obama's election campaign and garnered huge support among the Americans living in Britain who will vote in the November presidential poll.

Obama flew back to America tonight where he is giving a speech in his home city of Chicago today (Sunday) at the Unity gathering of Journalists of Colour.

<p><strong><u>Chris Gaynor</u></strong></p> I wonder if Blair was giving advice to Obama on how to handle the clunking fist of Gordon?