Obama will help heal US relations with the world 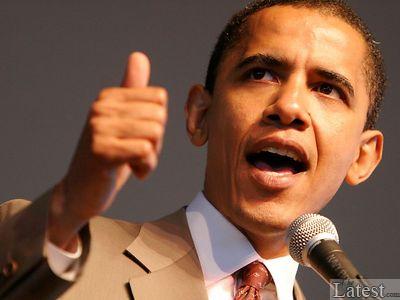 Chris Gaynor
A leading British academic has claimed that an African American president can only be a good thing for the United States's relationship with the rest of the world.

Professor Richard H. King, of the School of American and Canadian Studies at Nottingham University, claims Obama's progressive views on religion and the global financial crisis early on in his campaign may have already helped swing voters to back him.

Democrat candidate Obama, who this week dominated the US TV airwaves for a half an hour slot, will know his fate after the election on Tuesday.

However, the recent news of a plot to kill him by a group of racist white students, does not seem to have weakened his resolve.

King , who is backing Barack Obama for the presidency, said this could have serious repercussions:  "It will feed the worry that many people keep barely under control - can an African American president survive a full term in office?"

The academic said: "I don't see it gaining or losing Obama many votes. The information about the plot so far is sketchy, but it seems to have emerged from the outer reaches of neo-nazi fringe groups. The way it was formulated is bizarre and self-defeating on the face of it."

King believes an Obama presidency is the only way to begin repairing America's rock-bottom international reputation:  "This is largely symbolic on two levels - firstly internally in America. Electing an African American president is enormously important," he said.

King added: "I think the other area is America's image in the world as translated into foreign policy. The last eight years are the worst I've experienced as an American living abroad. The sheer gut-level of anti-Americanism has been incredible - but largely justified, based on American foreign policy. An Obama victory has got to help enormously even in the Arab world."
* See also: http://www.the-latest.com/student-obama-helped-stranded-white-stranger-20-years-ago