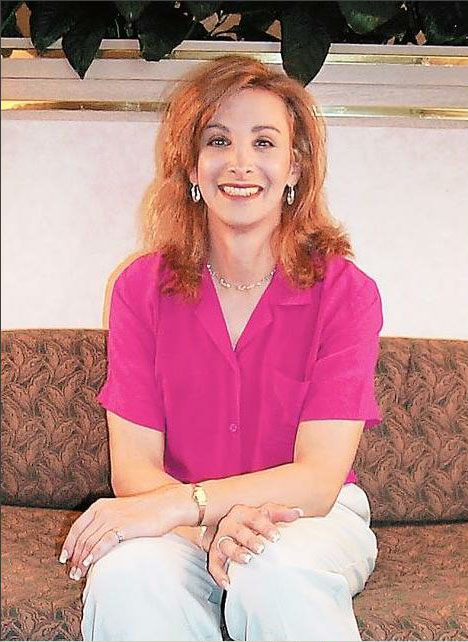 Simpson, who has decades of experience in the aerospace and defence industry, will serve as a senior technical advisor to the US Commerce Department.

In a statement to the National Centre for Transgender Equality she said: "I'm truly honoured to have received this appointment and am eager and excited about this opportunity that is before me."

Simpson added: "And at the same time, as one of the first transgender presidential appointees to the federal government, I hope that I will soon be one of hundreds, and that this appointment opens future opportunities for many others."

In 2005, she was given the Arizona Human Rights Foundation Individual Award and in 2008, Simpson was elected as an at-large delegate to the Democratic National Convention in Denver as a supporter of Hillary Clinton, then a New York senator who was edged out by Obama.

However, Obama's selection of Simpson has provoked a wave of criticism from sections of America's hardline conservative Christians who have described her appointment as "political correctness gone mad".

Peter LaBarbera, president of Americans for Truth, a "national organisation devoted exclusively to exposing and countering the homosexual activist agenda," is wondering if there is some sort of "transgender quota" in the Barack Obama administration. "How far does this politics of gay and transgender activism go?" he said. "Clearly this is an administration that is pandering to the gay lobby."

LaBarbera made his statement to Focus on the Family's CitizenLink website, which also quoted Matt Barber, associate dean at the evangelical Liberty University in Virginia. He said the appointment of Simpson to the U.S. Commerce Department "boggles the mind".

"This isn't like appointing an African-American in order to try to provide diversity and right some kind of discriminatory wrong," LaBarbera said.  "This is about political correctness. President Obama, before he was inaugurated, told the world that he had signed off on every single demand of the homosexual-activist lobby."

<p>Regardless of the topic, President Obama is doing fine in his objectives. He may consult his advisors for strategic planning and not end up doing everything we would like<a href="http://personalmoneystore.com/moneyblog/2010/01/07/5-tips-employ-strategic-planning-mockups/">.</a>&nbsp;But a leader needs to have goals, both long term and short term, and they have to get a plan together on how to meet those goals, and &nbsp;also know what makes the achievement of those goals.&nbsp; It behooves the businessman and/or entrepreneur to know everything about their business – markets, advertising, when to get short term loans and to bolster the country's books if necessary. That's what Obama has been doing.</p>