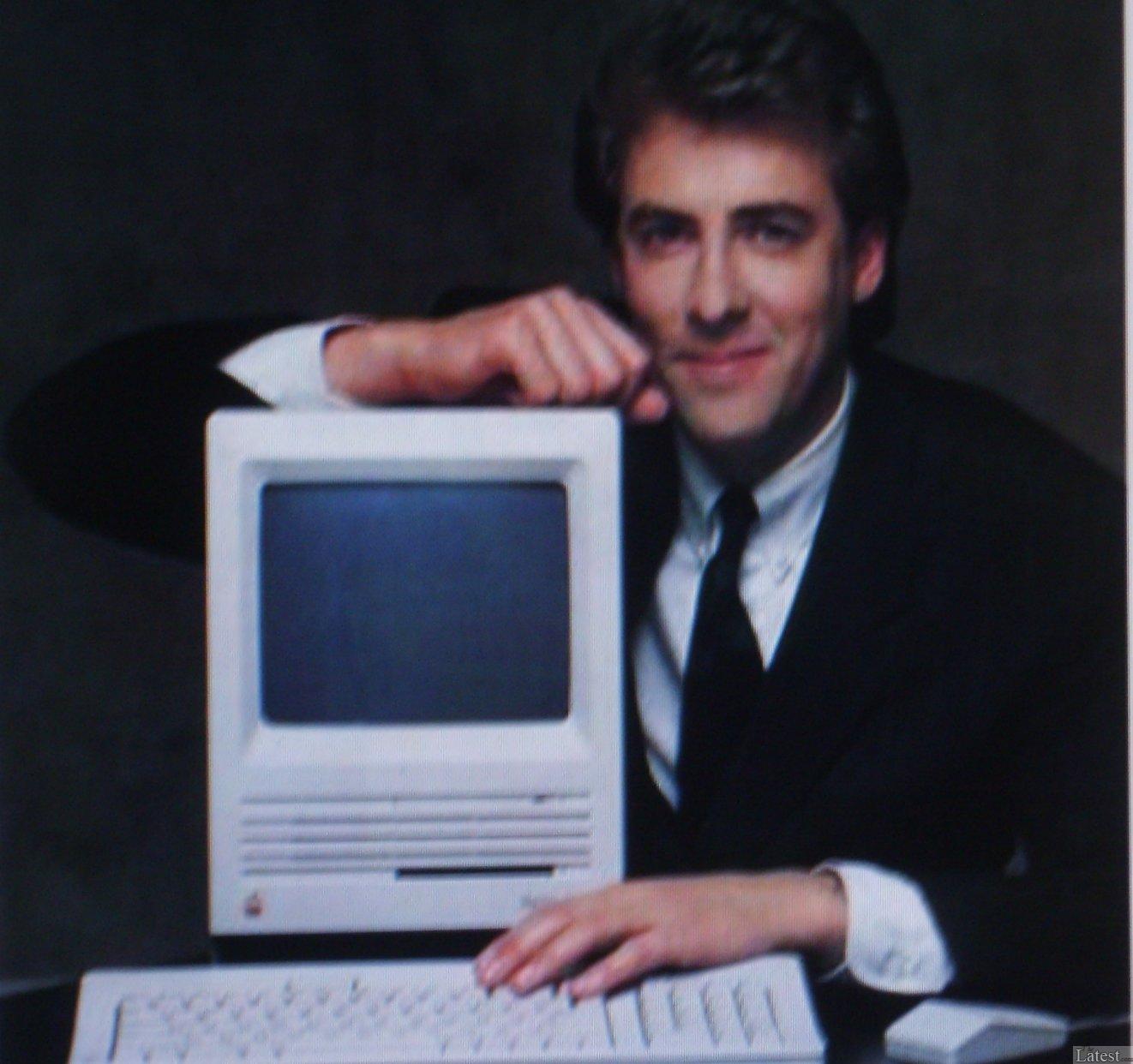 This is probably not a picture the 'weally' older Jonathan 'Woss' (Ross) would want to see again - of him advertising the sleek Apple Macintosh in 1988.

'Woss,' is currently awaiting his fate over lewd comments he made along with Russell Brand about former Fawlty Towers star Andrew Sach's granddaughter, who sold her story to The Sun newspaper.

Brand resigned yesterday from his BBC Radio 2 show and apologised saying he never meant to offend anyone.

The now disgraced BBC presenter 'Woss' has come along way since the days of quiffed hair styles, geeky eighties suits, and not to mention that versatile Mac - which boasted a nine inch black and white display and a modest 300mb ram - nothing compared to what comps can do now.

And what's more the days of the bulky computer monitor are numbered!

Flat panels are now all the rage.

Ross, 47, now has his own BEEB show Friday Night with Jonathan Ross, which has been suspended, for now at least, until the Director General Mark Thompson makes up his mind about how to proceed with 'Wossy'...