One year on: Is UN report about Gaza invasion fair? 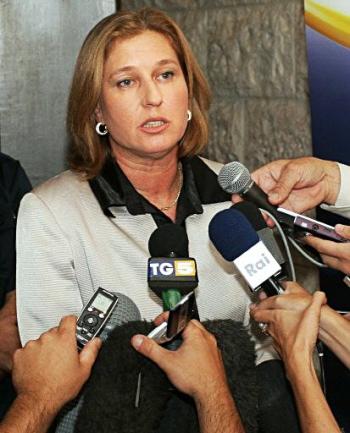 And, as the one year anniversary of the conflict approaches, concerned members of the public are still struggling to understand the diplomatic fallout from the UN fact-finding mission, aka the Goldstone Report, being referenced to justify what could be a diplomatic nightmare.

The report is the result of a United Nations Human Rights Council (UNHRC) mandated investigation into possible violations of international human rights and international humanitarian law during the military operations conducted by Israel in Gaza between December 27 2008 to January 18 2009. 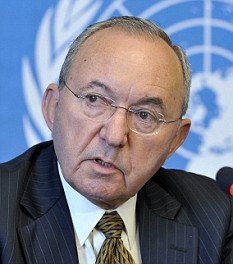 Four members of the Mission, including its chair Justice Richard Goldstone, pictured left, reviewed more than 300 reports amounting to more than 10,000 pages, over 30 videos and 1,200 photographs. This information was then condensed into a 575-page report detailing the evidence in the investigations of dozens of violations by both Israel and Hamas, identifying relevant breaches of international laws and covenants as well as conclusions and recommendations to UN authorities and individual countries.

Among the Goldstone Report's recommendations is a call for the international community to provide a structure for reparation payments. In March 2009, the Palestinian Authority estimated the total cost of early recovery and reconstruction at US$ 1,326 million (more than £820 million) with losses still to be estimated including indirect costs such as the impact on human and animal health, the environment and market opportunities. It should be noted that these figures are contested.

Jeremy Bowen, Middle East editor for the BBC and on-location correspondent during the conflict, speaks frankly about the serious nature of the report in an interview on November 25, 2009. “Anything with Justice Goldstone’s name on it had to be taken seriously because of his track record…the Israeli reaction shows that they believe it has weight,” he said.

Bowen is one member of the British media tackling the daunting task of choosing which aspects of this highly politicised subject will serve the interests, with respect to the attention spans, of the public. Much of the press coverage has been about Goldstone’s credentials, whether the UNHRC is biased against Israel, possible implications on the peace process and Israel’s angry reaction to the “one-sided” endorsement of the report. Goldstone himself openly criticised the UNHRC endorsement of the report for targeting Israel.

Alan Fisher of Al-Jazeera's English service says he does not see evidence of that imbalance in the coverage of the Goldstone report. In an interview on November 25 he said: “I think the British press has done a good job of balance by reporting that there is evidence that both Hamas and Israel are guilty of war crimes.”

But are accusations of war crimes, broadcast by the media, being used as a tool to further political agendas?

Just Journalism is an independent research organisation focused on how Israel and Middle East issues are reported in the UK media. A special report published October 27 2009, International law as reported in the media: roundtable event summary, highlights key observations by 11 leading media personalities and researchers such as Jonathan Marcus, diplomatic editor for the BBC and Anthony Borden, executive director of the Institute for War and Peace Reporting.

Some of the statements from the roundtable discussion summary conclude that conflicting parties utilise the language of international law to tarnish their opponents and that international legal concepts are highly contested but not often reported as such.

The roundtable discussion summary states: “Parties to all twenty-first century conflicts accuse their opponents of breaches of international humanitarian law, war crimes, and even genocide, on a regular basis…what they have in common is the desire to invoke international legal terms and concepts to strengthen their argument in the eyes of their target audiences.”

Is Israel being treated unfairly? Maybe, but logic dictates that just because all crimes can’t be investigated, doesn’t mean some crimes shouldn’t be investigated. Then again, the politics that swirl around which criminal investigations are put under higher scrutiny is a constant source of tension for ethnic minorities the world over.

The most compelling argument for Israel and Hamas to properly investigate is civilian testimony. Transcripts and webcasts available on-line, as well as the report itself seemingly endlessly document the humiliation, pain, horror, death and destruction affecting civilians over this time period. Arguments about “who is the fairest one of all” start to look pretty ugly on close examination.