Palestinian tells of her troubled trip to Jordan 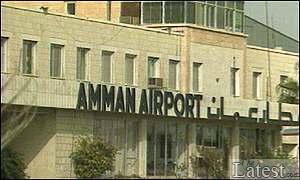 Maybe Jordan was beautiful, but in my eyes I couldn't see that beauty. I had that mixture of feelings which started from the first day I was there.

I remember when I went out from the plane looking at the signs that were written in Arabic. I smiled because I felt close to my home. But after a few moments my smile disappeared. As usual, there was special treatment for people holding the Palestinian ID.

I was queuing in the immigration section; the man who was working there was smiling at me, until it was my turn. As soon as he saw my green passport (Palestinian), the smile went away and I was treated rudely because I AM A PALESTINIAN.

Everyone had their passport stamped and was gone. But me, I was kept back and made to wait for my passport which was taken to the duty intelligence office. I've got a Jordanian visa, but I still had to be punished for being Palestinian. In Jordan, which is friendly towards Israel and the West, visiting Palestinians are treated like suspected 'terrorists'.

I was held up at the airport, trying to hide my tears and anger. I asked a lot of 'WHY' questions. A man got out of the room where he had been checked my papers, held out my passport and called my name.

He asked me whether or not I lived in the United Arab Emirates because he had seen that I was born there. I said no, I lived in London. Then, as soon as he knew that I actually lived in London, EVERYTHING went okay. I had my passport back with a warm welcome. No longer was I a suspect.

I could touch the racism. I'm Arab and have always been proud of that. Maybe I always want to believe that all Arabs stick together and kept my eyes closed from prejudice among some of them against the oppressed Palestinians. But this time, I just couldn't take it .

I do have some other nice memories of Jordan, meeting close friends and relatives. But my experiences at the airport of the capital city, Amman, is not one of them. It is the first thing that comes to my mind when I think of Jordan.

But what makes me more sad is that I have never been treated that way at London's Heathrow Airport or even at any of the Americans airports to which I have travelled despite the notorious 'war against terror' of US president George Bush which has victimised my people.

I know that they are wary of Palestinian passengers like me. But I still have had respectful treatment and a nice smile from immigration officials.

I'm not happy at all with this situation. But it seems that life is really Ironic. English people don't have any problem travelling to Jordan. (Though the editor of The-Latest was held by the secret police once inside the country. http://www.the-latest.com/editor-held-by-police-as-suspected-islamist-sympathiser)

I had to wait a month and a half for my Jordanian visa, yet for British nationals it takes a few minutes on arrival at Amman airport.

I'm not proud of this discrimination in a country where half of the population and the King's wife, Queen Rania, are of Palestinian descent. I wish that I had something better to say about Jordan. But this is the truth, and TRUTH must be always said.

Jealousy is for haters