Libyan exiles in the UK were protesting at the rule of President Gaddafi when automatic gunfire from the embassy injured 11 protesters and killed PC Fletcher.

The killing certainly provided ammunition for the Western elite in their campaign against Colonel Gaddafi. This was to come to a head on April 14 1986 when 30 US Air Force and Navy bombers struck Tripoli and Benghazi in an 11-minute raid code-named El Dorado Canyon (part of Operation Prairie Fire) that left around 100 Libyans, mainly civilians, dead.

The raid was primarily intended to assassinate President Gaddafi: in the end, he escaped, though two of his sons were injured and his 15-month-old adopted daughter, Hana, was killed.

According to leaks from the Crown Prosecution Service (CPS) to the Daily Telegraph in 2009, the Libyan ringleaders involved in the PC Fletcher shooting were “revolutionary committee” members Abdulgader Mohammed Baghdadi and Matouk Mohammed Matouk*. The Telegraph also reported in August 2011 that witnesses had identified a Gaddafi-era diplomat, Abdulmagid Salah Ameri, as the possible murder suspect in a report for the CPS.

But in November 2015, Saleh Ibrahim Mabrouk was arrested over the killing. Mabrouk had been deported from Britain after the shooting, with the government claiming his presence in the country was “not conducive to the public good”. He returned to Britain 18 years ago to study as part of Foreign Office moves to improve relations between Libya and the UK and claimed asylum in the UK in 2011. 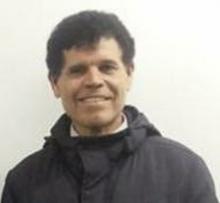 Then, suddenly, on Tuesday, May 16 2017, Mabrouk, a former high-ranking member of Colonel Gaddafi’s “revolutionary committee” who allegedly witnessed the demonstration, was released from police bail – with the prosecution blocked over “national security” issues.

A spokesman for the Metropolitan Police said their investigation had “identified enough material to identify those responsible for PC Fletcher’s murder if it could be presented to a court…However, the key material has not been made available for use in court in evidential form for reasons of national security.”

Earlier, in 1997, a Channel 4 Dispatches investigation revealed that shortly after PC Fletcher’s killing, three Germans were arrested and charged with supplying weapons and hitmen to a US-funded anti-Gaddafi terrorist group, al Burkan (The Volcano). One, Manfred Meyer, said his boss, Hilmar Hein, had claimed they were being protected by the US deputy national security adviser, John Poindexter, and that a number of Libyan diplomats in the embassy were al Burkan moles.

It's worth noting that on January 21 1984, shortly before PC Fletcher’s death, Libya’s ambassador to Italy was murdered in Rome: al-Burkan claimed responsibility. As UK politician and author Daniel Kawczynski stated in his book Seeking Gaddafi: Libya, the West and the Arab Spring : "It is likely that the assassination of one of Gaddafi’s own intensified the pressure on the people’s bureau/embassy in London, ratcheting up efforts to quell opposition there."

The Dispatches investigation also suggested the fatal shot was fired from a handgun high up in an adjacent building. As Private Eye commented: "By a spooky coincidence, one of the upper floors of that building was used by MI5."

The crucial question now remains: why did the security services refuse (following a decision reportedly at ministerial level) to hand over evidence which could have been used in the court?

*BREAKING NEWS: Prime minster Theresa May was pressed on the matter at a news conference in North Wales on May 22 2017. Chris Hope, the Daily Telegraph’s senior political correspondent, asked her: “Why, as Home Secretary, did you grant asylum [in Britain] to the Libyan man who was later arrested by police for the murder of Yvonne Fletcher?”

May replied, evasively: “There are rules about how asylum is granted and any decisions that are taken are taken legally and in accordance with the laws of this country.”

*Richard Lance Keeble is Professor of Journalism at the University of Lincoln and Visiting Professor at Liverpool Hope University.