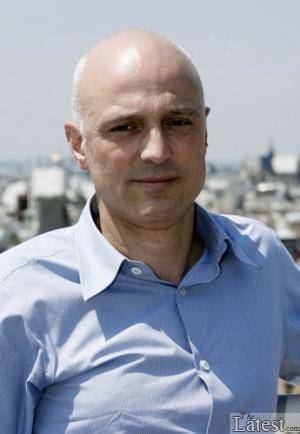 The knocks on his door came at 6:40 a.m, Vittorio de Filippis recalled, when Paris was still dark and he was fast asleep. Three police officers-a pair of men and a woman, all wearing armbands-had come to take him in.

By the time his ordeal ended five hours later, about 11:30 a.m Friday, the journalist wrote, he had been manhandled, handcuffed, humiliated in front of his sons, twice forced to strip and submit to body cavity searches and interrogated without lawyers by an investigating magistrate, all over a two-year-old libel case.

The treatment meted out to Filippis, an executive and former editor in chief of the Paris newspaper Liberation, prompted an outcry Saturday from his colleagues, lawyers and other supporters, who said the tactics were out of place in a country with long and cherished traditions of rule of law and freedom of expression.

The case created a perfect media storm in a country whose citizens love nothing better than a good argument over grand principles. Liberation, a reliably left-wing daily that got its start during the youth uprising of 1968, was well cast for the role of victim. And the police, who have wide latitude in handling suspects under French law, were a natural target for opponents of President Nicolas Sarkozy's law-and-order approach to government.

"In 30 years, this is the first time I have heard of or seen such a thing," said Jean-Paul Levy, one of the newspaper's attorneys. "I am scandalised that this kind of treatment would be inflicted on him over an offense that is only punishable by a fine and not by prison."

Reporters Without Borders, a media advocacy group, condemned what it called "coercive methods" and said they were a sign of "deterioration in press freedom in France." In a statement, the group said: "We are outraged by the unacceptable methods used against Vittorio de Filippis and their humiliating nature. Such a thing has never before been heard of in France. To treat a journalist like a criminal and resort to practices such as body searches is not only shocking but unworthy of French justice."

The Socialist Party's parliamentary spokeswoman, AurÃ©lie Filippetti, denounced what she called "the scandalous conditions" of Filippis's interrogation. She portrayed his treatment as part of an effort, "yet again, to put limits on freedom of the press," suggesting that Sarkozy's government was trying to clamp down on its critics, among whom Liberation would have to rank near the top.

The investigating magistrate, Muriel Josie, refused requests from French journalists for an explanation of what happened. The police issued no formal comment. But Agence France-Presse, the country's main news agency, quoted anonymous police officials as saying that Filippis was hauled in because he had not responded to mailed summons and received rough treatment because he talked back to the "irreproachable" officers who had come to his door.

Filippis, in a detailed account published Saturday by Liberation, said Josie questioned him about a lawsuit brought against the newspaper last year. The suit concerned an opinion article contributed by an Internet commentator and published by Liberation's Web site that described past legal troubles of Xavier Niel, founder of a French Internet access company called Free.

Filippis led the newspaper from May to December 2006, when the article appeared, and thus was responsible under French law. But Josie's main complaint, he wrote, was that he had ignored her mailed summons, forcing her to resort to the arrest warrant. He replied, that he routinely relayed to his attorneys all communications related to the case and that their names and telephone numbers, as well as his own, were in the directory.

Aside from the legal case, the uproar focused mainly on how Filippis was treated by police on his way to the interrogation. In what Filippis acknowledged was a heated exchange, the officers who showed up at his home barred him from calling his attorneys and ordered him to get dressed and go with them.

"Awaked by the noise, my elder son, who is 14, witnessed the whole scene," he wrote in Liberation. "His brother, who is 10, did not come out of his room, but I learned afterward that he was awakened and took this moment very badly."

He continued: "I told the cops that there was perhaps another way to conduct themselves. The response in front of my son: 'You, you are worse than scum.' "

After a stop at the suburban Raincy police station, near his home, Filippis said, he was handcuffed with his arms behind his back and driven to the main Paris courthouse beside the Seine River in the center of the city. After taking all his personal effects, police ordered him to strip and bend over for a body search, he said, before locking him in a cell.

"The room had a table, a roll of toilet paper, a concrete sleeping platform with two blankets," Filippis said. "I saw a toilet in a corner. I sat on the table to avoid the cockroaches and moths."

About 10 a.m., two officers escorted him down a long corridor and ordered him to undress for another search. When he protested, Filippis said, he was told that the investigating magistrate had insisted on following procedure, and so he submitted a second time before being taken into Josie's office.

Josie said she had summoned him numerous times without success, he said, and asked him to identify his attorneys from a list of names. She refused his request to call the lawyers, he added, and so, in a testy exchange, he declined to respond further to her questions. After formally notifying him that he was being investigated in the libel case, she ordered him released, he said, and he found himself on the sidewalk in front of the courthouse.

'Western powers are fighting for Libya’s oil like piranhas'

Iranian president 'the target of an x-ray death plot'