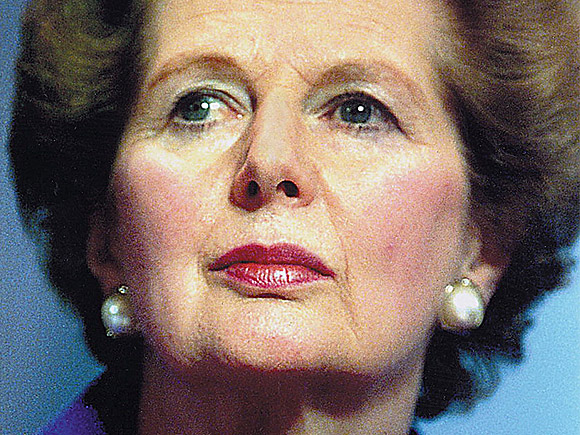 UK and worldwide politicians,   diplomats and stars have revealed what life means to them in a new book titled The Handbook of Life.

Baroness Thatcher, Nelson Mandela and Boris Johnson are amongst the contributors revealing their best life advice in the publication to raise money for charities in the North West of England.

Market research specialists Ci Research, who were charged with the task of securing contributions from world famous figures, even managed to obtain a quote from Michelle Obama, First Lady of the United States. Michelle actually pipped her US President husband in contributing to The Handbook of Life (www.thehandbookoflife.com). US president Barack Obama's own quote arrived a matter of hours too late to meet the print deadline.

Ci Research Director Colin Auton said: "This project has given us so many things. It's been a wonderful team effort. We've all gained an incredible tenacity to get past agents and secretaries who are employed to block requests like hours! And our contact book now reads like a who's who of 21st century leaders and celebrities.

It's an astonishing line up of contributors. And more than we could ever hoped for when we began the project. We are extremely grateful for their contributions- not only for making the project such a huge success but in anticipation of the money we will hopefully raise for charity."

The handbook is now being distributed through more than 30 charily shops and schools in the North West.

Nelson Mandela is one of the world's most revered statesmen. He spent 27 years in prison during the apartheid regime in South Africa before being elected the country's first black president in 1994.

"I learned that courage was not the absence of fear, but the triumph over it. I felt fear myself more time than I can remember, but I hid it behind a mask of boldness. The brave man is not he who does not feel afraid, but he who conquers fear."

Margaret Thatcher served as leader of the Conservative Party from 1975 to 1990 and was Prime Minister of the United Kingdom from 1979 to 1990. To date she is the only woman to have held either post, and was awarded a life peerage in 1992.

"Disciplining yourself to do what you know is right and important, although
difficult, is the highroad to pride, self-esteem, and personal satisfaction."

Current Mayor of London, Boris Johnson, previously served as the Conservative Member of Parliament for Henley-on-Thames and as editor of The Spectator magazine.

"Best bit of advice was from my grandmother when she said to me "Darling, it's not how you're doing; it's what you're doing."

Nick Clegg, is leader of the Liberal Democrats and British Member of Parliament for Sheffield Hallam. He studied Social Anthropology at Cambridge.

"Remember that if you want to stand up for the weak, you have to stand up to the powerful."

Conservative Party politician George Osborne has been the Member of Parliament for Tatton since 2001. He is currently Shadow Chancellor of the Exchequer.

"The best bit of advice I have ever received was: Stay true to your principles."

Labour Politician Frank Field has been a Member of Parliament for Birkenhead since 1979. He believes strongly in fighting climate change, and co-founded the charity Cool Earth.

"The day my mother died she commented that she had never knowingly done harm to anyone. She was too modest to say that she spent most of her life doing good. That is not a bad ideal."

David Blunkett is a British Labour politician and a Member of Parliament for
Sheffield Brightside since 1987. He became Education Secretary and then Home Secretary in Tony Blair's first cabinet.

"The best advice that I have been given and that I always give to young people setting out on life, particularly those facing adversity is: "Never take no for an answer if you know in your heart that you can do it". But also remember that all of us at some point in our lives need support, and one day we might be able to give back a little of what we've gained from the thoughtfulness of others and encourage a sense of mutuality in our highly interdependent world."

Lord Chris Patten was former Member of Parliament, eventually rising to a
Cabinet Minister and Party Chairman and in January 2005 he took his seat in the House of Lords.

"Undoubtedly the best piece of advice that I have ever been given was from the lips of my late father; he used to say that since we did not believe in
reincarnation in my family we should recognise that we were only on earth once and should make the most of it while we were here! For him being bored, doing nothing or kicking one's heels were capital offences."

Andrew Stunell is the Liberal Democrat Member of Parliament for Hazel Grove, Stockport. He is a former Baptist lay preacher.

"The meaning of life: it's the best chance you ever get to make the world a
better place. The best advice: You can't always do what you like, but you can always like what you do."

Lewis Hamilton, British Formula One racing world champion, sent emailed versions of his quote during a grand prix race weekend. Colin Auton revealed: "We were honoured to receive a wonderful quote from Lewis. But we discovered he is something of a perfectionist. Not happy with hisfirst submission, he asked if he could rewrite it! It was just before the Singapore Grand Prix. And it was quite surreal to imagine one of the world's most famous sportsmen driving round the circuit thinking how he could improve his quote for our book!"