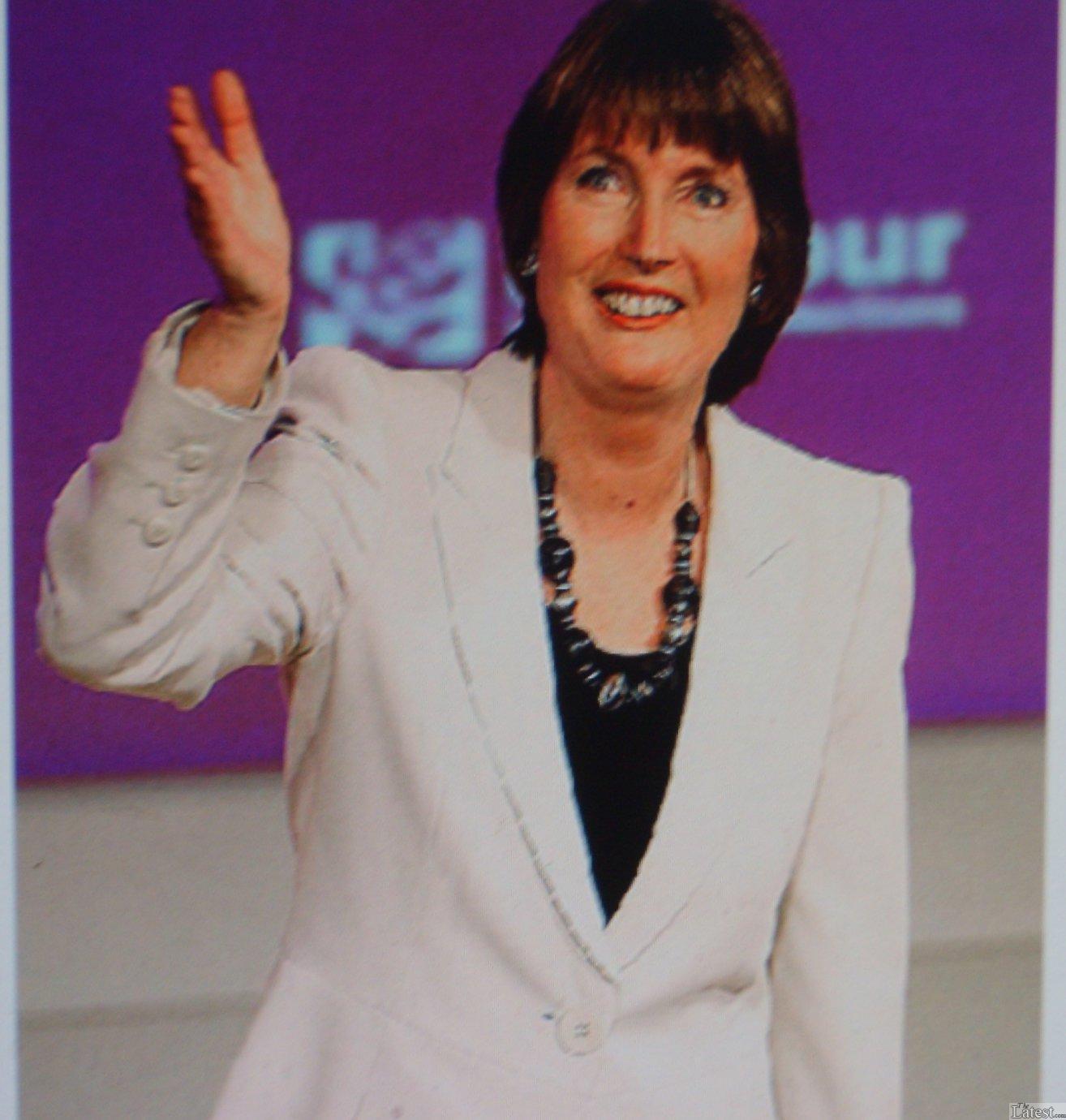 But one of the men, Mark Harris, has been arrested for a string of offences, with the other, defiant Jolly Stanesby, refusing to climb down.

They dressed as  'Captain Conception' and  'Cash Gordon' taking part in an early  'Fathers Day protest against the government, whom they accuse of snubbing Fathers 4 Justice.

F4J Founder Matt O'Connor, said of the incident on the website:  "Harriett Harman and the government have refused all dialogue with F4J for the past two years.

We are now resuming a full-scale campaign of direct action against the government, it's ministers and the Judiciary. F4J is now the last line in the defence of fatherhood."

Jolly Stanesby, who remains on the roof, told BBC News: "I was considering coming down but they've turned nasty and this is the trouble with dealing with the family courts all the time.

'Four Hats' Harman, who is also Secretary of State for Equalities and Minister for Women, told the BBC : "This is clearly just a demonstration.

She added: "It's not fair to tie up the police resources and inconvenience my neighbours."

AHHHHHHHH.....Poor Harriet! What an inconvenience!