Rough sleeping has risen by 64 percent in London over four years, and of those one third have been seen sleeping rough in previous years, writes Darren Johnson.

London boroughs do all they can to house Londoners seen sleeping rough, but the waiting list is growing and there are not sufficient resources in place to cope with rising numbers.

No Going Back, a report released last week on rough sleeping by the London Assembly’s Housing Committee, found that funding cuts are stretching resources and there is often a serious shortage of accommodation for people moving on from emergency hostels. Also, support services offered to former rough sleepers can be inadequate or even inappropriate.

Rough sleepers often have complex needs, where they suffer from mental health problems as well as being alcohol or drug-dependent. This year alone, 74 percent of homelessness projects across the UK have refused access to people whose needs were too complex.

Across the capital there are good systems in place to support vulnerable Londoners, but when it comes to rough sleepers, too often the support services can’t meet their needs, making it all too easy for those people to fall through the gaps.

Many homeless patients are discharged from hospital, often without their housing or underlying health problems addressed, resulting in frequent re-admissions. We’ve also heard how homeless people are 31 percent more likely to receive benefit sanctions, mainly because they failed to attend a Job Centre Plus interview.

When homeless people do not receive the support they need, too often they have no option but to return to the streets.

During a visit to a hostel in Hammersmith and Fulham, we heard how St Mungo’s Broadway, the council, local police and health services were finding ways to resolve budgeting boundaries that would otherwise prevent them from offering tailored services to those who need it most.

With funding cuts putting pressure on the system, borough connections clauses that restrict access to services and more people returning to the streets, London needs a plan that will provide support to rough sleepers where they need it. We must not solely rely on the determination of key-workers to drive tailored projects in each borough to tackle the issue. 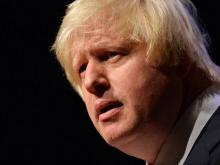 It's time Mayor Boris Johnson took a strategic approach to homelessness in London. He must support cross-borough collaboration and ensure the right services are available where vulnerable Londoners need them.

No Second Night Out (NSNO) – the Mayor’s homelessness initiative has seen some success in addressing the needs of new rough sleepers, but one third of the people picked up by NSNO workers are returning to the streets. Simply put, not enough is being done across the capital to ensure rough sleepers are prepared to make the transition into settled accommodation.

The Mayor needs to take a lead on rough sleeping and ensure boroughs work together more effectively to meet rising demands. He also has a role to play in enabling greater flexibility within Jobcentre Plus and NHS services so that homeless people can fully benefit from these systems.

If we are going end to rough sleeping in London, we must address the needs of those who continue to fall through the gaps of support services. In such a wealthy city, no one should be sleeping rough.

* Darren Johnson is chair of the London Assembly Housing Committee.

No Going Back. Breaking the cycle of rough sleeping and homelessness is available here.