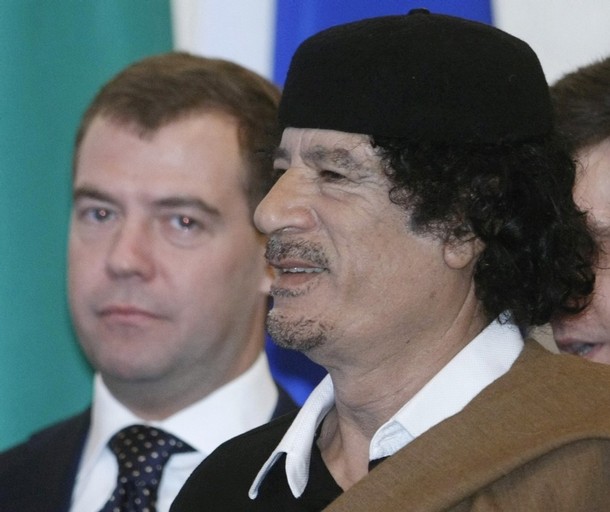 There were congratulations from traditional allies and a lot of skepticism from the press abroad.

Sumantra
We have seen a number of changes in Russia recently: the allocation of funds for the massive rearmament programmes including state of art missile technologies, the reconsolidation procedure with the traditional sphere of influence, and the aggressive rhetoric. What has really influenced this image makeover?

Lisa
I am not sure why you think there is aggressive rhetoric coming from Russia.  I would say quite the contrary, Russia has endeavoured to maintain friendly cooperation with all, utilising dialogue, debate and discussion, focusing on international law and a multilateralist approach. The modernisation of Russia's armed forces has been an ongoing project and naturally recent events have demonstrated that one cannot be caught without adequate defences.

Also using the UNSC (United Nations Security Council) as the proper forum for the above mentioned debate.

Russia is sure of itself and knows where she is going after a decade of instability due to political and economic crises.

Sumantra
Is it or will it hamper the “reset” with the US?

Lisa
Russia has always been willing for resets and has excellent relations with her partners in the international community. It is not Russia that goes around attacking people outside of the auspices of the United Nations (UN), nor does Russia engage in bullying, blackmail and coercion on UN members.

Russia will certainly keep the door open for dialogue expecting that the US will adopt a multilateralist approach...something Washington seems to have already realised.  It should be obvious that Russia has kept on track with on the reset path.

Sumantra
What are the major goals for Russia regarding its foreign policy and the European Union, in the near future?

Lisa
Continuation of Russia's policy of debate, dialogue and discussion, as well as "resets" as mentioned before. Also World Trade Organisation (WTO) membership on terms which are not disfavourable to Russia.

Regarding the European Union, strengthening of commercial ties and good neighbourly relations. Russia seeks to constantly mend, repair and reshape relations which are strained. For example, with Poland, things were more tense in the past than they are now.

Certain issues remain with the Baltic States, but the tensions come from outside Russia, not within. Moscow always sought good relations with its neighbours and partners.

Sumantra
We've seen a lot of Russian opposition with regard Iraq, and recently on the issue of Libya. Is this incoherence or a policy of pragmatic engagement? Will there be more engagement with the Middle East in the future?

Lisa
Yes, well President Medvedev didn't want the impression given that the country was not doing something to save civilian lives, that was the reasoning behind the failure to veto the (UN) Resolution.

Russia is part of the Middle East Quartet and maintains very active relations. Talks were held ON Thursday between Netanyahu and Medvedev.

Lisa
Yes, there is a dispute regarding the Kuril Islands. It is necessary that Japan recognise political realities. Strange for you to say re-engagement when there was never a disengagement. Russia is part of BRIC which means there are ongoing relations and China is also part of SCO with Russia.

Sumantra
Obviously the next question must be about global terrorism. What is Russia’s position on Afghanistan-Pakistan, and Chechnya?

Lisa
There is a people supported government in Chechnya, 85 per cent of Chechens voted to remain part of Russia. There is a terrorism/insurgent problem in the Caucasus that crops up due to outside interference and certain groups wanting to establish an Islamic caliphate over the entire region. Such activities are being dealt with in the most effective manner possible.

Russia has been a partner in the war against terrorism, gave information and advice about dealing with Afghanistan and Pakistan. Russia believes that force and violence are not the answer, but dialogue and discussion.

Sumantra
The recent spat between the Russian Prime Minister and President was played out in the media. Is there really an ego clash between Vladimir Putin and Dmitry Medvedev?

Lisa
It was not a spat and the following day President Medvedev was quick to stress the fact that the tandem is working better than ever. It was a difference of opinion over the handling of the UNSC vote on Libya.

Another shocking UN cover up about Libya and Reason for War? Gadaffi wanted to nationalise oil.

Hijacking of US government by the Republicans' Tea Party