A star investigative journalist who helped uncover corruption at the top of governments including her own was killed by a car bomb on Monday in Malta. Daphne Caruana Galizia's rented Peugeot exploded shortly after she left her home in the afternoon. The power of the explosion blew the car into a field by the side of the road.

European Centre for Press and Media Freedom (ECPMF) chief Lutz Kinkel said: "This barbaric murder is an attack on journalism itself."

He added: “It's a crime meant to intimidate every investigative journalist. Because Prime Minister Joseph Muscat and parts of Malta’s political elite were targets of Caruana Galizia's disclosures, we strongly recommend an independent investigation of this case. The killers have to be found and put on trial."

Caruana Galizia, aged 53, was part of the International Consortium of Investigative Journalists probe that became known as the Panama Papers, a huge exposure of international corruption, with some big political figures involved. Her research also linked Malta's Prime Minister Joseph Muscat and his wife to secret offshore bank accounts.

She accused Muscat of filling his office with crooks and his wife of taking kickbacks and hiding them in a secret Panama bank account.

Caruana Galizia ran a popular blog targeting corruption on all sides of politics. The journalist's grieving son Matthew Caruana Galizia said: "My mother was assassinated because she stood between the rule of law and those who sought to violate it, like many strong journalists."

"But she was also targeted because she was the only person doing so. This is what happens when the institutions of the state are incapacitated: the last person left standing is often a journalist. Which makes her the first person left dead."

A police sergeant who tweeted that he was happy she had died and that "everyone gets what they deserve" was suspended. But there is little faith or trust in the Maltese police. 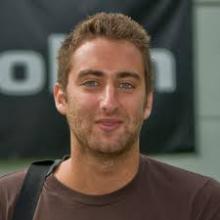 "She knew she was in danger and she didn't get the protection she deserved," German member of the European Parliament Sven Giegold said.

"The consequence of her courage is now her death and it is really shocking that this is possible in the European Union in 2017.

In March 2017 she was sued by a Maltese restaurant owner after publishing a blog post linking him to the drugs trade. ECPMF reported that she won the case when the magistrate decided her story was in the public interest.

Caruana Galizia had been threatened repeatedly, but was obviously not sufficiently protected by the Maltese police. According to the European Charter for Press and Media Freedom and international law (Council of Europe's fact sheet on journalism and safety of journalists), every state has a positive obligation to safeguard journalists.

Authorities are obliged to "prevent or suppress offences against journalists when they know, or should have known, of the existence of a real and immediate risk to the life or physical integrity of these individuals from the criminal acts of a third party. To achieve this, Member States should take appropriate preventative operational measures, such as providing police protection."

Lutz said: "The authorities in Malta failed to respond to Caruana Galizia's calls for protection and they should be held accountable for her death. If her relatives should start litigation to hold Malta's authorities accountable, the ECPMF pledges financial support."

"We call on the authorities to take all necessary steps to bring the perpetrators to justice, whether or not they are connected to the state."