Producers of top musical sued for 'ripping off' writer 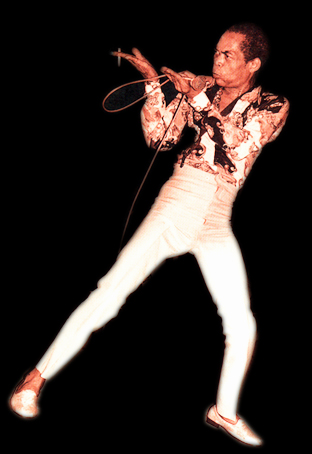 Award-winning musical Fela! has been caught up in controversy after a $5m lawsuit was filed in New York on Monday. Writer and scholar Carlos Moore, the official biographer of world famous Afrobeat star Fela Kuti on whom the show is based, claims the producers have breached his copyright and is suing for compensation.

Moore told The-Latest he is aggrieved that Fela!, which opened at London's National Theatre on November 6, has failed to credit his book as a source. He said: "I felt hurt and humiliated. It was a slap in the face."

Moore's $5 million-plus copyright suit says he was offered $4,000 for the rights to his authorized biography of the late Nigerian musician and activist Fela Anikulapo-Kuti in 2007.After he turned down the offer as "grossly insufficient" and demanded "an advance and participation in the royalty pool," Moore says "no further offer was ever made."His Manhattan federal court filing charges that playwright Jim Lewis, director Bill T. Jones used the book anyway to develop the Tony award-winning musical without Moore's "knowledge, authorization or consent."
FELA! spokesman Richard Kornberg said he was "really shocked" by the suit because Moore took part in publicity efforts for the show.

Moore's $5 million-plus copyright suit says he was offered $4,000 for the rights to his authorised biography of the late Nigerian musician and activist Fela Anikulapo-Kuti in 2007.

After he turned down the offer as "grossly insufficient" and demanded "an advance and participation in the royalty pool," Moore says "no further offer was ever made."

FELA! spokesman Richard Kornberg told the New York Post he was "really shocked" by the suit because Moore took part in publicity efforts for the show.

The Tony-winning big cast production opened on Broadway less than a year ago to glowing reviews. As a diehard fan of the musical genius and Nigerian revolutionary, I was excited to see the life of the legend depicted in such an incredible show. And yet something didn’t seem quite right. 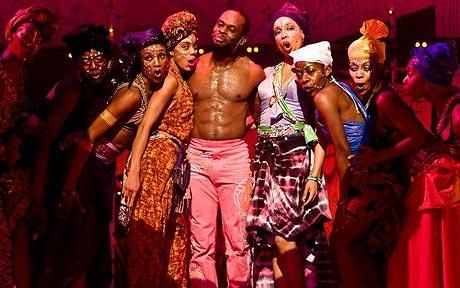 Fela!, the musical, pays no credit in its playbill to its most likely source, Fela: This Bitch Of A Life, the only biography authorised by Fela Anikulapo-Kuti. First published by Allison and Busby in 1982 - during Kuti’s lifetime - and reissued last year, the book is the work of Carlos Moore, a highly-respected African-Cuban scholar based in Brazil with a long track record of advocating for international Black causes.

Surprised by the playbill’s omission, I decided to re-read Moore’s book -based on hours of in-depth interviews with the artist and the women in his life - and I found the similarities to be uncanny. With each turn of the page, I discovered significant overlap between the development of Kuti’s character in the book and in the musical.

A quick internet search confirmed I was not alone in assuming the producers’ debt to Moore. Adriane, a blogger on the MTV website, wrote:

“Choreographer Bill T. Jones directed and co-wrote the musical with Jim Lewis, who based the scenes on the biography by Dr Carlos Moore.”

On the Afrofunk Music Forum, reviewer David McDavitt said: “Written by Jim Lewis and Bill T. Jones, the story relies heavily upon the best source on Fela: the transcribed interviews by Moore in Fela: This Bitch Of A Life."

In her story for the New York Times, Felicia Lee reported that “much of [the performers’] information about Fela and his queens came from Fela: This Bitch of a Life, a biography by Carlos Moore, an ethnologist and political scientist who knew Fela.” Lee also noted that Moore had met with Jones and the play’s cast. 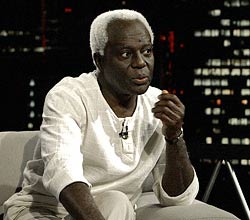 It seems Moore was initially associated with the musical in some capacity and then later distanced himself from it. He had even produced an enthusiastic testimonial about the musical’s production quality for the official Fela! website. That video, however, was recently pulled from site without explanation, although it can still be seen on YouTube.

I decided to explore the matter further, talking with anyone who had seen the play and read the 1982 biography. I discovered most were in agreement that Fela! seemed to owe a debt to Moore’s book. Marva Allen, owner of Harlem’s Hue-man Bookstore and Café, put it most succinctly: “I thought the entire musical was based on Dr Carlos Moore’s book.”

Others were more specific. Both Earl Davis, the former director of the Institute of African-American Affairs at New York University, and Dr Marta Moreno Vega, author and president of the New York-based Caribbean Cultural Center and African Diaspora Institute, noted the inclusion of Kuti’s deceased mother as a character in the Broadway musical. Davis said: “Clearly, there is a close relation between how the play depicts Fela’s relationship with his mother and what is contained in Moore’s biography.”

The original 1982 pressing of Fela: This Bitch Of A Life - available only in Europe, in both English and French - includes two chapters excluded from the 2009 American edition. Those chapters, titled Afa Ojo and commonly known as the Black Pages, concern a visit by Fela’s mother, Funmilayo, from the spirit world to dissuade her son from committing suicide and encourage him to continue with his activist work.

Fela! employs a strikingly similar conceit to explain Kuti’s development as a revolutionary. In the musical, Funmilayo’s character is depicted as an “Orisha” (in Yoruba spiritual culture, a personified attribute of God) whose name is “Afa Ojo (She Who Commands Rain).” The spirit visits Kuti and delivers the message that he must stay in Nigeria and continue to fight for the people.

Vega, of the Caribbean Cultural Center and African Diaspora Institute, also noted overlapping stories regarding Kuti’s relationship with his mother, citing “the story about Fela being reborn as the child that originally died, because it was named Hildegart”.

Since the ghost mother character and her relationship to Kuti is so key to the musical, I decided to interview Fela! producer Stephen Hendel about it on the Atlanta-based radio station WRFG on June 24 2010. 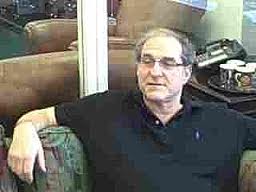 Asked about the sources used to conceive the musical with director Bill T. Jones and scriptwriter Jim Lewis (who that month received a Tony nomination for best script), Hendel said: “When we were putting the theater piece together, we were…trying to figure out what were the key relationships in his life and the key relationship we could depict on stage… We settled on his relationship with his mother.”

Pressed for more details, specifically with regards to Moore’s book, he added: “We went from…a workshop in 2007 to the off-Broadway production in 2008, [and] we settled on using his search for his mother in the spirit world as… one of the key moments of the show. When Carlos Moore came and met with us… he said that: 'The thing I am really impressed with, and I congratulate you [on], is how accurately you got his relationship with his mother' - which is something that we did not know and which we sort of intuitively arrived at.

”Several days later, Moore presented a contrasting version of the story during a dialogue at the National Black Arts Festival event in Atlanta. I attended the event titled Fela: A Celebration of Life, in the hope of securing an interview with Moore, who declined.

In lively conversation with Malaika Adero, vice-president of Atria Books and a senior editor at Simon and Schuster, Moore said: “[In] the American edition of the book, which came out last year, I wasn’t sure that an American public would connect with this story of a spirit speaking to her son, because the book opens and closes with the mother speaking to the son and the son speaking to the mother..." 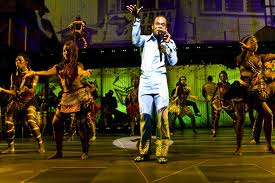 He added: "At the end… the son is talking about… killing himself and it’s the mother who comes and tells him, ‘No, you are not supposed to commit suicide.’ So that is how the book ends. I thought an American public would not relate to this…so we took it out.”

Moore went on: “I think it actually triggered something… Those people who, you know - Bill T. Jones, or whoever - who were thinking about the play. It was the [Afa Ojo] soliloquy that really triggered off this whole thing, because the play actually is woven around this whole thing of this…dead mother who is speaking to the son and convincing him.”

In her follow-up, Adero remarked: “I’m holding onto my first-edition copy with dear life because it does have the Black Pages, as they are referred to, with the soliloquy, which I recognised in the Broadway play.”

Mary L. Turk, an Atlanta-based social worker at the event, had this to offer: “The spiritual connection of Fela to his mother and his people were definitely in Carlos Moore’s book. Fela’s coming back to life from being a previous child who died, is also mentioned in the musical. A chapter called Abiku (The Twice-Born) mentions this story in Moore’s book. Lastly, in the play, each individual wife is highlighted in a similar fashion as how they are previewed in the book.”

Seventy-one pages of Moore’s book are composed of individual interviews with 14 of Fela’s former wives; the chapter is titled My Queens. Turk said she only realised Moore hadn’t been credited as a source when she read the show’s playbill.

The Atlanta event also featured cast members Sahr Ngaujah, who plays Kuti in the musical, and Saycon Sengbloh, who plays Sandra Iszadore, Kuti’s muse. Both acknowledged the influence of Moore’s book on their work.

Ngaujah said: “Bill T. Jones and the producer…had been in discussion about the idea for, I guess, maybe two and a half years before they started to put things on its feet. Then I became involved in the project. We did a series of workshops that would last two to three months at a time over a four-year period before we opened it off-Broadway.”

He added: “I read Carlos’ book. I read as many books as I could get my hands on… Once we got to off-Broadway, then people like Carlos [started] coming around.”

I tried to investigate deeper, but neither the musical’s producers nor Moore responded to interview requests. Moore’s Atlanta-based literary agent Janell Agyeman did admit that “there are serious issues” but refused further comment.

The producers of Fela! are already facing legal worries as a result of a recent lawsuit filed by New York photographer Marylyn Nance claiming that one of her images was used without permission as a backdrop in the show. Nance, like Moore, is seeking damages for copyright infringement.

* Tenisio Seanima is an Atlanta-based African-American radio-journalist host of a popular radio programme promoting African music in the United States.