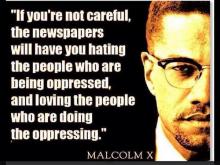 On April 4th 1967, Dr Martin Luther King, Jr. referred to the United States’ government as “…the greatest purveyor of violence in the world today.” In 2013, not a damn thing has changed, writes Solomon Comissiong.

And as a matter of fact, the United States’ government has greatly expanded its range of death and destruction by way of its imperialist wars. The US war machine keeps chugging away - destroying civilian lives - multiple nations at a time. Despite these facts, a vast array of Americans continue to support these wars, either by their mindless cheerleading or via their complicit silence.

However, this phenomenon did not happen overnight. Many Americans have been socially engineered to unconditionally support “their” government’s destructive military endeavours. Understanding that a great many Americans have been automated to avoid critical thinking like a hog does a bath, the US corporate media has willingly stepped in to serve as the perfect accomplice in the US government’s crimes against humanity.

The United States’ behemoth corporate media machine is, in essence, the unofficial fourth branch of the government. Unlike quality journalism whose job it is to question authority and to meticulously scour for answers, in an effort to get to the bottom of a story, the US corporate media selectively avoids this practice – especially in regard to war and imperialism. Instead of questioning the government’s narratives regarding their justification to go to war, the US corporate media support virtually whatever the White House or Pentagon say. It matters little to the corporate media talking heads how many lives are lost because of their unethical and immoral actions. The corporate media is mainly concerned with expanding their financial bottom line, currying favour with the Washington political establishment and upholding the US government’s imperialist crusades – oh, and of course, confusing the US populace.

”When lives are lost, it is only the lives of US soldiers who matter.”

The US corporate media routinely utilise their unfettered stranglehold on the airwaves to loudly bang the drums of war. Instead of providing the politically dumbed down masses with information that would expand their understanding of critical issues, like war, they filter vast amounts of information aimed at maintaining the unfortunate status quo.

Everything is from a “pro-American” vantage point, which ultimately means unconditional support for destructive military campaigns. When lives are lost, it is only the lives of US soldiers who matter. US corporate media pundits could not give a damn about the catastrophic loss of life US military campaigns are responsible for. They seemingly do not care about the addiction to war their government has and how it is destroying the planet, one nation at a time. 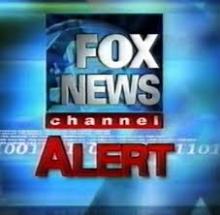 It matters little who the carrier of the message is, the message remains the same, “Support Our Troops,” even if those troops are receiving orders to murder, maim, and massacre civilians. This is described as “collateral damage.” Sure, the bloodthirsty commentators on MSNBC and CNN might sound differently than the equally bloodthirsty, yet unapologetically racist, talking heads on Fox “News.” However, when it comes to war, the message they tow offers little deviation. For instance, MSNBC commentators like Chris Matthews and Rachel Maddow were advocating for war in Libya just as loudly as were CNN’s Anderson Cooper and Fox News’ Bill O’Reilly and Sean Hannity. They may have their own signature voices and ways of conveying messages, but they seldom stray from towing the US imperialist line. And because of their willingness to support whatever justification the White House or Pentagon give for bombing a sovereign nation, they, too, should share in the culpability when it comes to the innocent lives snuffed out by the US war machine.

"Make no mistake; the United States’ corporate media are all supporters of imperialism in some shape, form or fashion.”

The charade that there is a so-called liberal media within the US is nothing more than a methodic distraction aimed a confusing Americans from seeing the actual truth about this amoral media system. Most “liberals” (especially Euro-American liberals) adore clinging to the status quo, especially when it leaves white privilege unscathed. The US corporate media are all politically right of center, however, some, like Fox “News”, blatantly promote themselves as further right than the rest. Make no mistake; the United States’ corporate media are all supporters of imperialism in some shape, form or fashion.

Until more Americans develop the vital skill set of critical thinking, they will continue to support wars that are not only antithetical to their own interests, but are, most importantly, against the greater interests of peaceful humanity. Americans must begin to realise that the corporate media are amoral co-conspirators in the numerous US military campaigns of destruction that have been unleashed the world over. They purposely shield the vital aspects of information in the lead up to various military campaigns. Recently they have followed this nefarious blueprint with Libya. They are now giving their best effort in regard to Syria. The US corporate talking heads knew damn well there was no credible evidence to substantiate their claims that Muammar Gaddafi was preparing to slaughter his people. Those were despicable lies. And in the same vein they systematically suppressed information pointing to the fact that the United States government was financing terrorists that were targeting Black Libyans and immigrants for wholesale massacre. 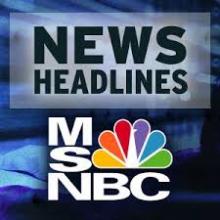 edia pundits and executives who withheld this information are reprehensible “human-beings.” This information, without question, had the ability to sway public opinion in a most radical (and humane) direction, to denounce the illegal war on Libya. Public repudiation of imperialist military campaigns, like the one in Libya, could have saved tens of thousands of lives. As it stands, over 50,000 civilian lives have been lost in Libya by way of direct and indirect US involvement. US corporate media share the blood on their filthy hands.

The US’s corporate media system is not an ally of humanity; it is aligned with profits and concentrated power. The sooner Americans realise this the better off we all are. We all need to make concerted efforts tosupport, build and sustain progressive alternative media. We need to collectively take it upon ourselves to obtain this valuable alternative information and share it with everyone we can. If you are reading this article, it has most likely been published on one of those alternative media outlets that should be supported.

Malcolm X once said: “The media's the most powerful entity on earth. They have the power to make the innocent guilty and to make the guilty innocent, and that's power. Because they control the minds of the masses.” He also said: “If you're not careful, the newspapers will have you hating the people who are being oppressed, and loving the people who are doing the oppressing.” In 2013 his declarations ring more true than ever. When, however, will critical masses of Americans stop supporting those who are doing the oppressing and, thus, begin putting themselves on the side of justice?