Twenty thousands protesters demonstrated in London at the weekend to call for an end to Israeli military action that has killed more than a thousand mostly civilian Palestinians in Gaza.

They marched through the capital from Downing Street to the Israeli embassy in Kensington after the Zionist state launched a murderous ground invasion of Gaza on Thursday.

The UN' s human rights chief Navi Pillay has said Israel's military action, which has indiscriminately killed civilians, including children and pregnant women, may amount to "war crimes". She also condemned Hamas for its attacks on Israel.

The protest was one of many taking place around the world in solidarity with the Palestinian people being slaughtered by the Israelis who claim they have been acting in self defence after rockets had been fired at them by Hamas militants. Official sources claimed 63 Israelis had been killed - three of them civilians. Hamas's armed wing, the Qassam Brigades, claimed it had killed 19 Israeli soldiers on Monday and a total of 110 during the military campaign. 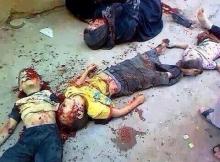 Sarah Colborne, director of the Palestine Solidarity Campaign, said London has "already shown its outrage at Israel's attacks on the mostly refugee population of Gaza, with people turning out in their thousands last week.

"The national demonstration gave people from across the country the chance to say enough is enough, Israel's siege of Gaza and its occupation of Palestinian land has to end now.

"People want justice and freedom for the Palestinians, and they voiced this in their thousands."

Labour MP Diane Abbott was among the speakers to address protesters as they gathered in Whitehall. She said: "I am here to show solidarity with the people in Gaza. We call for an end to the occupation and justice for Palestinians."

Protesters arrived at the Israeli embassy but were met by a police cordon preventing them from getting near to the building.

A number of high-profile Palestine supporters gave speeches there.

Organisers repeatedly told the crowds to spread out over fears people were being crushed.

Two children were pulled over a barrier close to the stage and an organiser said 10 people had fainted in the crowd.

Respect MP George Galloway said nearly 300 passengers aboard the Malaysia Airlines MH17 flight had been killed "without a reason" by "fanatics".

He went on: "The 300 Palestinians are completely ignored by the same newspapers, by the same television stations and by the same political leaders who are threatening sanctions and war against Russia but who are supporting, with weapons and money and diplomatic political and media support, the Israeli killers.

"In fact, if whoever fired that missile in Ukraine had fired it instead at the beach in Gaza, the media could have knocked off for an early lunch and saved themselves all of this work.

Baroness Jenny Tonge said: "What on earth is Israel doing? It has lost its legitimacy, it is no longer a democratic state.

"It breaks international law, Geneva conventions, it has no respect for human rights. Israel must leave the international family of nations."

There has been much criticism of the unconditional support given to Israel by British prime minister David Cameron and US president Barack Obama. Downing Street said the two leaders spoke on the phone to discuss the worsening situation in Gaza. Leading Jewish American intellectual Noam Chomsky explained that Obama's craven backing of Israel was because it is "America's aircraft carrier" and policeman in a region of millions of brown skinned people who have the world's largest supply of oil.

A No 10 spokeswoman said: "Both leaders (Cameron and Obama) reiterated their support for Israel's right to take proportionate action to defend itself from the barrage of rocket attacks from Gaza."

The two leaders also discussed Iran's nuclear programme and "agreed that we should keep up our efforts to negotiate a lasting agreement which gives the world confidence that the nuclear activities of Iran are exclusively for peaceful purposes". Israel's nuclear weapons were not on the agenda.

On Friday a group of pro-Palestinian demonstrators were thrown out by police from the Cabinet Office after staging a protest against Israeli military action in Gaza.

Officers were called to remove the small group, who were chanting anti-Israel slogans and carrying banners reading "Stop arming Israel".

Israel and militants within the Gaza strip have been exchanging fire for 11 days, leading to the deaths of more than a thousand Palestinians from air force and naval fire, the Gaza Health Ministry says.

One Israeli has been killed by rockets from Gaza. According to the Israeli Defence Force, Hamas militants have fired more than 1,300 rockets into the Israeli heartland.

On Wednesday, horrifying pictures emerged after four Palestinian children were killed in Gaza when Israeli shelling struck a group playing football on a beach.

The attack was witnessed by scores of foreign journalists, many of whom rushed to help the children that survived the attack.

Israel 'as an apartheid state has no future'