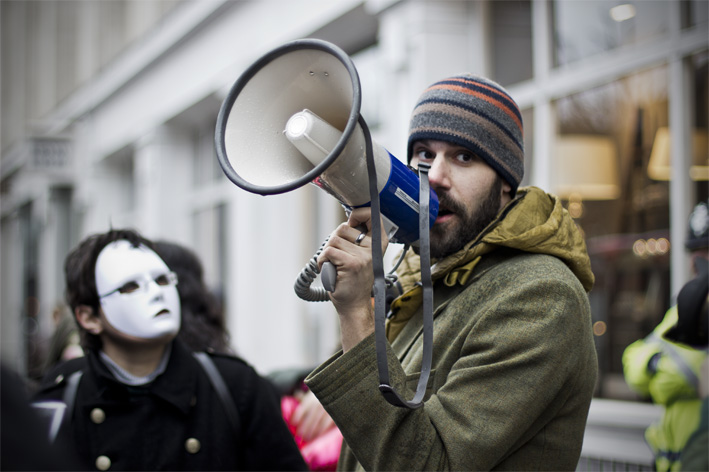 Hacktivist group Anonymous celebrated the fifth anniversary of its internet campaign and demonstrations against cult religion the Church of Scientology.

Protests took place outside Church of Scientology headquarters in Manchester and central London. The-Latest photographer Thomas Comery was there to capture the mood of both events in images.

Anonymous, who are said to be strongly opposed to internet censorship, surveillance, corruption and homophobia has hacked into a number of government websites around the world. The Church of Scientology, widely known for its anti-gay views and teachings were first targeted by Anonymous in 2008 with denial-of-service attacks against Scientology websites.

Project Chanology, the term coined buy Anonymous for their continuous drive to disrupt the Church of Scientology's operations started in response to Church attempts to remove from the internet parts of a highly controversial interview with Scientologist and Hollywood star Tom Cruise.

The Project ominously launched with a video posted on YouTube titled "Message to Scientology", where Anonymous vowed to "expel the Church from the internet" because of their “campaigns of misinformation, suppression of decent and a litigious nature". 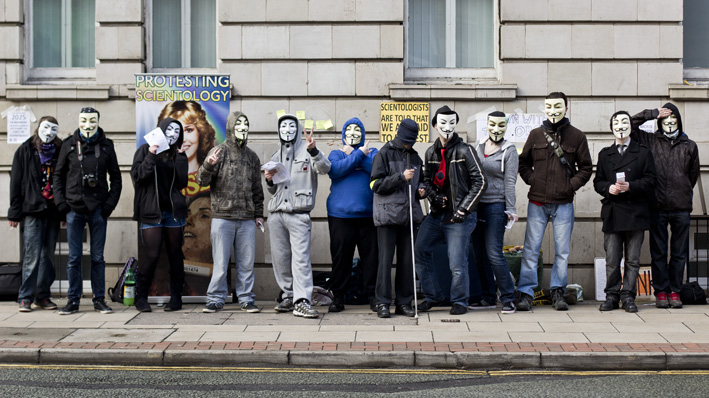 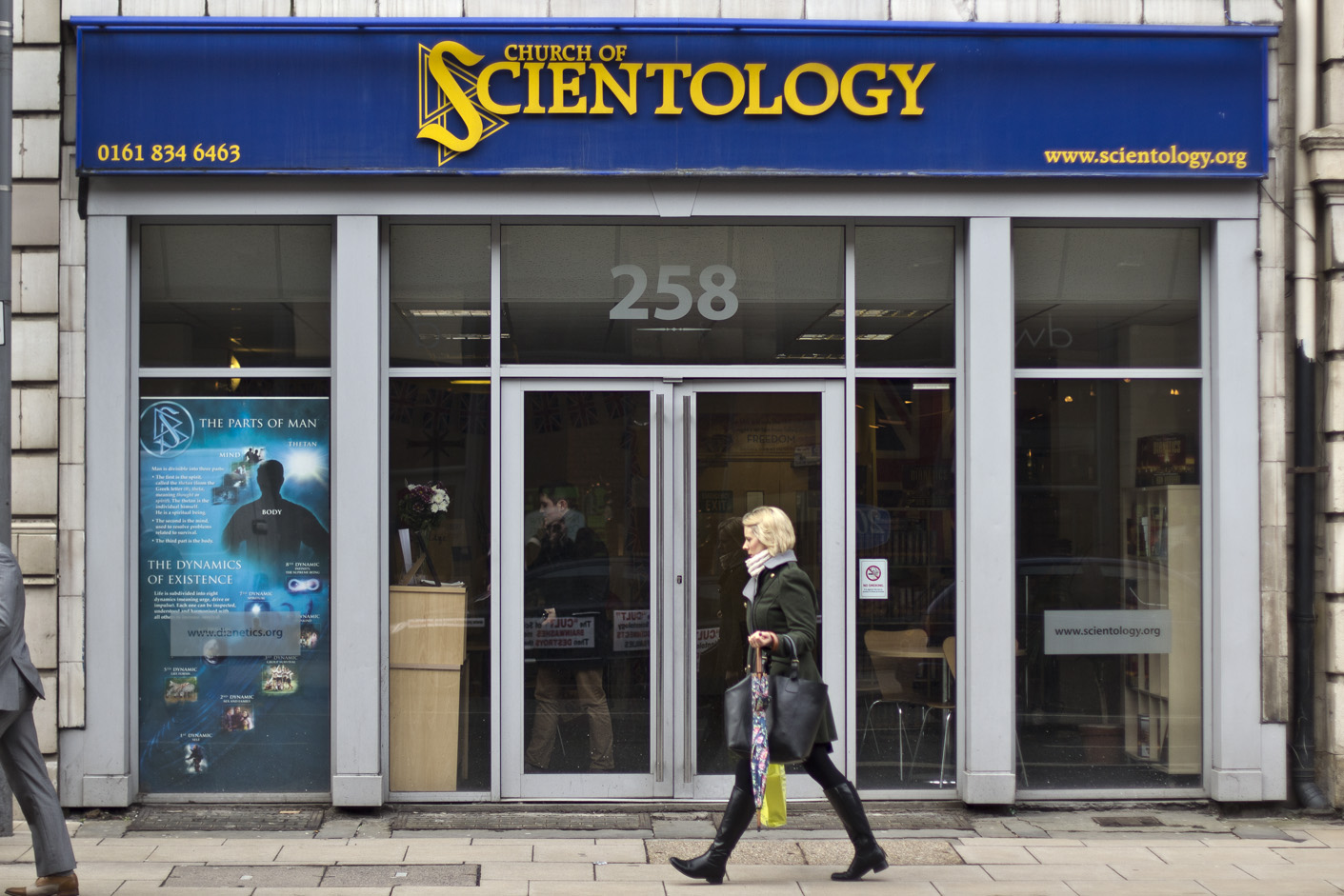 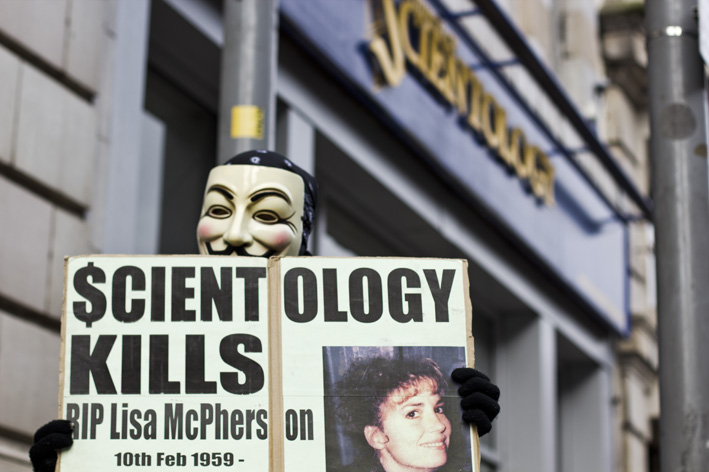 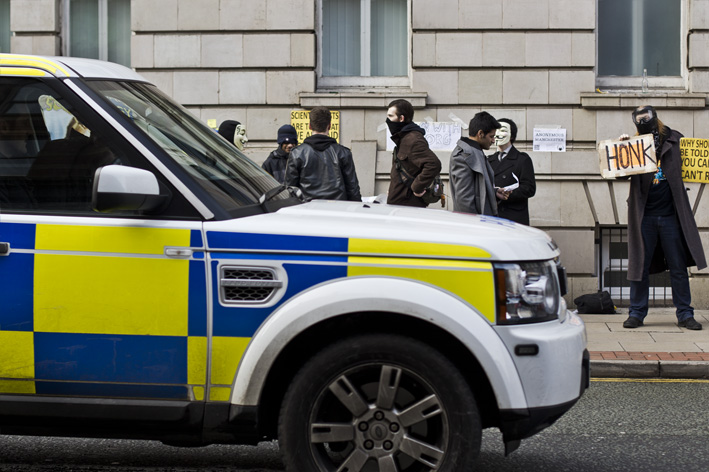 And in Blackfriars, London.... 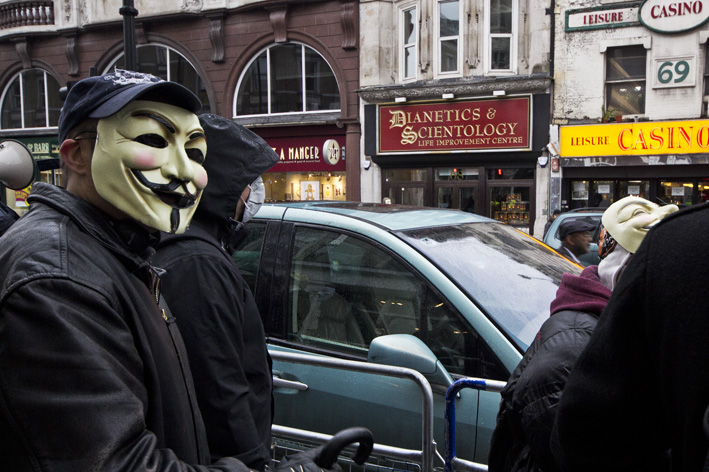 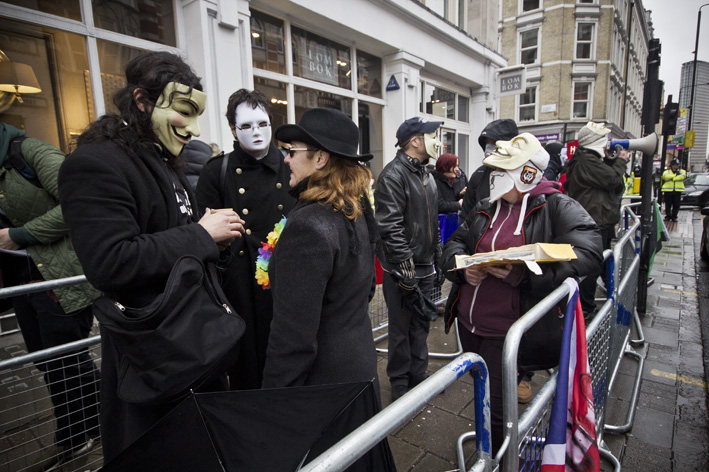 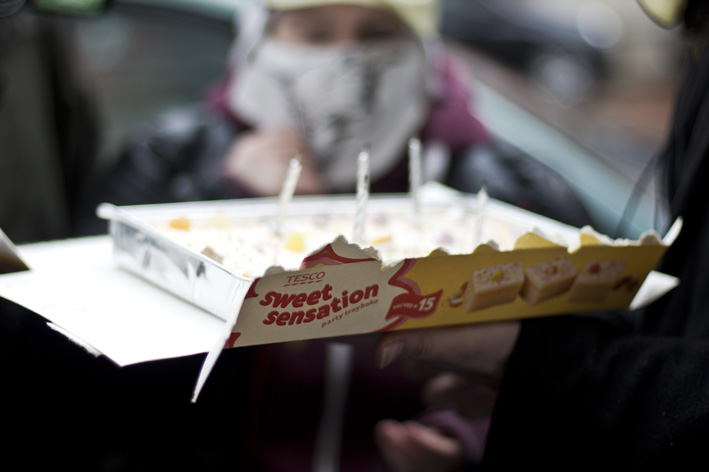 Divided by Race, United in War and Peace