Put your best foot forward with the stars 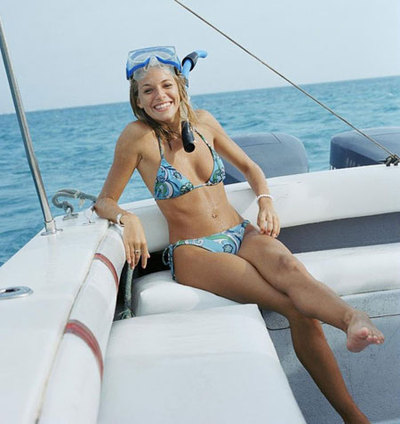 Have you ever heard that you can learn much about someone by their shoes? Well, Michael Keet certainly can tell a lot about you from your feet. He is a podiatrist who specialises in making custom-made insoles (or orthotics) and also deals with general foot problems. Michael is known as the “feet guru” to the stars.

He has helped the likes of actress Sienna Miller, star footballer Sol Campbell. Other clients include the England Football team, as well as celebrities from the world of sport, music and television.

Current Hollywood darling Sienna Miller, has known Michael for many years and swears by his therapies. She said: “Obviously doing what I do, things like posture and poise are very important. Spending hours a day on your feet on a film set can take its toll. Visiting Michael and having therapy for my feet helped with my total well-being. It’s amazing how little we know about our feet, and how much we don’t realise that care of our feet affects our general health.”

Many people have passed through the healing hands of Michael and his team at the Keet Clinic, part of the Central London College of Reflexology. The centre is not just for the healing of the great and the good it is also a seat of learning.

Students from all over the world come to study the ancient art taught by Michael.

He say that simple foot orthotics allow the muscles, tendons and bones to work at their best. This can then affect other parts of the body such as the knee, hip and lower back.

Successful treatment leads to the removal of pain, an increase of stability in an unstable joints and the prevention of foot deformities is an additional benefit.

By taking the advice of a friend to think outside the box, I  found myself at the Keet clinic. After just one visit, I learned things about my body not even my mother knew about.

Using Michael’s technique, I discovered the reason for ailments I’d had for years, which I had never connected to my feet. The discovery of my new healer came after years of frustrated NHS appointments for recurring knee, back and shoulder problems.

My road to recovery began with a series of treatments starting with an initial assessment (expert jargon for a lifestyle interrogation followed by a good pummelling) massage, and acupuncture; the latter being the less painful.

At the end of my journey at the clinic, I discovered I had flat feet and that the cure was to be fitted with orthotics which were made to compensate for the lack of an instep.

These are basically designer insoles, specifically made for the individual from a cast taken of the feet.

Getting fitted for my orthotics was a joyful experience. A pedicure was followed by a footbath and then the actual cast was taken. It was a bit like soaking your feet in warm custard with a positive end result. Wearing my orthotics is now second nature, like putting socks on. Result, a well-spent £150 later? No back, knee or shoulder pain anymore.

Michael believes that treating a particular ailment has to be more than merely medicating it away, or putting it down to “wear and tear”. He studies the whole person; their lifestyle, diet, family history and way of living. This allows him to get to the root cause of the problem and find a more targeted cure.

I have now joined Sienna Miller, and many other people, who are pain free and happy to testify about the success of  Michael Keet’s “alternative” approach to health care.

2 Responses to "Put your best foot forward with the stars"

<p>Great story Balfour i actually enjoyed the story of your adventures to find an alternative option on health, so the NHS never helped?? what a surprise but well done.</p>