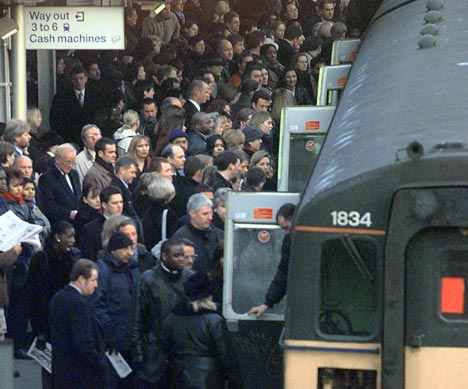 Railway union the TSSA has attacked the lone working of ticket office staff  in the wake of disturbing new figures about robberies at stations.

John Page, a National Organiser for the TSSA (Transport Salaried Staffs’ Association) said in a statement to The-Latest: “We are wholly opposed to the practice where lone working ticket office staff are required to leave the ticket office to resolve issues with the ticket machines or barriers. The practice makes the staff very vulnerable to attack and robbery.”

The TSSA represents 30,000 members in the UK and Ireland working for the railways and associated companies like London Underground and Transport for London.

Page added: “The issues of passenger safety and staffing levels are intimately linked.” 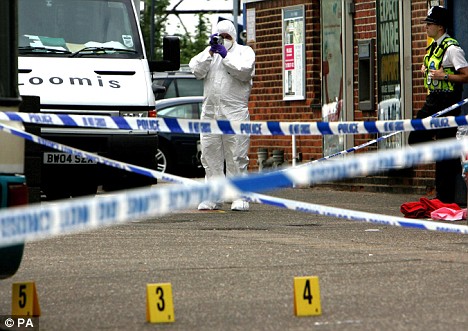 The-Latest wanted to know from its Freedom of Information request to the British Transport Police about the number of robberies which occurred in the last five years at railway stations in London and at those railway stations that are included in London fares zones 1-9, included in fares zones G and W for Oyster card pay-as-you-go, or included in the area of the Freedom Pass scheme; an area that covers parts of the counties of Buckinghamshire, Essex, Hertfordshire, Kent and Surrey.

We requested a breakdown of the amount stolen on each occasion and to be informed if anyone was injured during the robberies and if the robbers were armed.

In the last five years from April 1, 2005 to March 31, 2010 there has been a shocking total of 4415 robberies  committed at railway stations in London and beyond with £969,921 as the total loot gained by criminals in that time.

In some cases the individual amounts bagged by robbers at railway stations in the last five years has been alarmingly high. Figures show that there were 117 thefts at stations where the amount taken was for £1000 and above. Newbury Park station has been the biggest loser with a staggering £50,000 stolen from its ticket office in 2005. Thornton Heath station suffered a loss of £40,000 in 2009 and £25,000 was lifted from Peckham Rye station in south east London in 2007.

British Transport Police supplied more detailed information about robberies at 44 railway stations where the amount stolen was for £1000 or more. This included figures for weapons used by perpetrators and injuries sustained by ticket office staff.  Robbers armed themselves with knives, a hand gun, a stun gun and a metal bar when pouncing on station ticket offices and five members of staff have been hurt.

Worryingly for railway staff and passengers alike is the fact that there are some stations which seem prone to robbery and attack raising serious concerns about station security and levels of staffing.

Norbiton station in Kingston Upon Thames had 7 instances of robbery in one year alone (2008) and South Ruislip, Uxbridge, Wembley Park and Woodford stations each had 6 in the last five years.

Over the past few years, there have been a number of concerns expressed in the media and in Parliament about the condition of railway stations across the UK, particularly in Greater London.

The London Assembly published a report on the city’s railway stations in January 2006 which found that the franchising arrangements for rail services in London had “failed to deliver an adequate standard of station facilities”.

This was followed by a country-wide report by the House of Commons Public Accounts Committee in February 2006, which had concerns about “poor facilities, vandalism at smaller stations and that many people felt unsafe because of the lack of security”. In May 2006 the House of Commons Transport Committee published oral and written evidence from train operating companies and the Government on station safety.

Probably the most well-known campaign in recent years was by the London Evening Standard which launched its ‘Make our rail stations safe’ campaign following the murder of City lawyer Tom ap Rhys Pryce at Kensal Green Tube Station in North London on January 12, 2006.

This was supported in Parliament by Early Day Motion 1636, put down in February 2006, which gained 63 signatories. The paper ran a number of stories on station safety between January and March 2006 which culminated in the support of both the then Prime Minister, Tony Blair and the then Secretary of State for Transport, Alistair Darling.

British Transport Police were asked by The-Latest to comment on the figures released in our Freedom of Information request which show that railway ticket office staff and passengers remain vulnerable to attack by opportunistic robbers at railway stations. They issued this statement:

“The 76.5% decrease in robberies shows that train passengers are even safer as they use the rail network to travel around Greater London.

“Last year there was approximately one robbery per day across the entire London rail network, reduced from an average of four per day in 2005.

“The highly visible presence of BTP officers patrolling trains and stations is a clear deterrent to those who may have criminal intentions.

“While the decrease in robberies is very good news, we are not complacent and are working to reduce offences even further.

“When a crime does take place, wherever possible we make use of CCTV from trains and stations to assist in identifying offenders and making arrests.”

Across the rail and tube network there will be increased pressure for lone-working and un-staffed stations. If you want to have your say on cuts to London Underground staffing levels, you can sign an on-line petition or take part in a passenger survey.