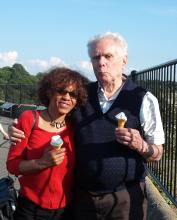 He was a founder member in 1938 of Jamaica’s Peoples National Party (PNP), the oldest political party in the Anglophone Caribbean. In seven decades of engagement across the region, as well as in the UK, he was both a committed participant and chronicler, continuing to make important contributions as a writer through many acclaimed publications until just a few months before his death at the age of 96.

Born on August 13 1917 in Kingston, Jamaica, he was the product of a society where an upper-middle-class background – his father Ansell Hart was an attorney and author, with an extensive library – and a light-skinned complexion (his mixed heritage encompassed Sephardic Jewish and African) would have afforded enviable social privilege.

Sent to England for schooling, Hart returned to Jamaica aged 20 in 1937, into a climate of labour unrest, with strikes and rebellions taking place throughout the Caribbean. His observations drew him to Marxism and he soon began to play a significant role in addressing the inequities he saw. He became in 1939 secretary of the Trade Union Advisory Council (forerunner of the Trade Union Council).

He was President of the Jamaica Government Railway Employees Union (1942-8), and vice-president of the Trade Union Congress of Jamaica (1949-53). He represented the PNP and the TUC at the inaugural conference of the Caribbean Labour Congress in Barbados in 1945 and was its secretary from 1946 until 1953.

Hart’s radical activism attracted unwelcome personal consequences. In 1942-3 he was imprisoned without trial by the British colonial government for his political activities. In 1952 he was ousted from the PNP for being a communist, together with Arthur Henry, Frank Hill and Ken Hill (grandfather and great-uncle of footballer John Barnes) – collectively known as the four Hs. After this expulsion (vindication would come when he was readmitted to the PNP in 2001), Hart formed the People's Freedom Movement, subsequently the Socialist Party of Jamaica. 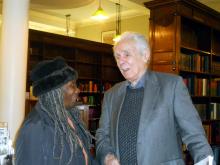 Moving to Guyana, he was editor from 1963 to 1965 of The Mirror, newspaper of Cheddi Jagan’s People’s Progressive Party. Hart, a prodigious researcher, studied the history and culture of the country’s indigenous peoples, and was instrumental in the ground-breaking publication of the first Arawak-English Dictionary (1991).

In 1965 he settled in Britain. Having qualified as a lawyer in 1941, he worked in local government, appointed solicitor for Waverley District Council in 1965. In 1974 he co-founded Caribbean Labour Solidarity (CLS) - a London-based anti-imperialist organisation with origins in challenging oppressive Jamaican trade-union legislation – of which he was president, and latterly honorary president.

In 1982 he was invited back to the Caribbean as legal consultant to the People's Revolutionary Government formed by Maurice Bishop in Grenada, being made Attorney-General in May 1983. After the October 1983 US invasion of the island that saw 17 members of the deposed government imprisoned (possessing a British passport saved Hart from a similar fate), he returned to England and campaigned for the release of the “Grenada 17”, involved with the UK Committee for Human Rights in Grenada, and later producing the book The Grenada Revolution: Setting the Record Straight (2005).

Notable titles in his substantial body of work – scrupulously documented testimony to Caribbean peoples’ centuries-old resistance against oppression - include the two-volume Slaves who Abolished Slavery (1980-85), Origin and Development of the Working Class in the English-Speaking Caribbean Area 1897 to 1937 (1975), Rise and Organize: The Birth of the Workers and National Movements in Jamaica 1936–1939 (1989), From Occupation to Independence: A Short History of the Peoples of the English-Speaking Caribbean (1998), Labour Rebellions of the 1930s in the British Caribbean Region Colonies (2002), and The End of Empire: Transition to Independence in Jamaica and Other Caribbean Region Colonies. 2006.  His last book, Occupation & Control: the British in Jamaica 1660-1962, was published in 2013. 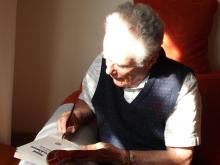 Hart’s leisure interests included chess and Jamaican music (the folk song Linstead Market and Bob Marley’s Redemption Song featured at his humanist funeral – as well as Sailing By, familiar to listeners of BBC Radio Four as the theme heralding the late shipping forecast). An indelible wit enhanced his principled scholarship.

At the Bishopsgate Institute launch in December 2012 of his penultimate book, Caribbean Workers' Struggles, he related an incident from his past that while illustrating how times have changed also demonstrated his quick thinking, compassion and sense of humour.

A new comrade had said to him: “‘You know, Mr Hart, I thought you were a coloured man - please accept my profuse apologies.’… I was very surprised.  I said to him, ‘But I am coloured!’  Now he was in trouble, because he now had to apologise for having apologised. I was sorry for him and, trying to think of some excuse for him, I said: ‘Well, we’ve lived in this country for so long that I’m afraid the climate has caused this lightening of complexion.’ And so it passed….”

He was unstintingly supported by his wife Avis, with whom he was together for 58 years and had two children, Andrew and Siu-Ming; he is also survived by sons Gordon and Robin from his first marriage to Pansy Robinson, and by eight grandchildren and two great-grandchildren.