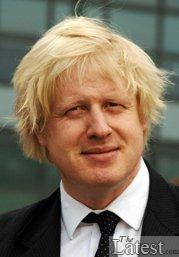 London's mayor has boldly claimed the capital will lead the way out of the current recession by nurturing its talent pool of graduates, despite having the highest unemployment rate in the country. But critics have slammed his "ill-informed" new website scheme saying that graduates need more quality employment not more information about the same jobs on offer.

Boris Johnson has unveiled the site targeting 100,000 graduates who will be looking for work this summer. It allows graduates to search specific job markets related to their course of study. With students already facing  £20,000 worth of debt after graduating from university and with the job market in the capital already fiercely competitive even for job hunters with degrees, critics say the website is too little too late.

According to the Higher Education Statistics agency, the proportion of graduates who were unemployed six months after they left university rose by more than a third, from 5.7 per cent to 8.2 per cent in 2007-08, with a further 15 per cent going on to further studies. Experts say this trend is set to continue because of the recession.

Tom Ritman, 26, who lives at Kings Cross, north London, graduated from Kings College in London last September with a doctorate in micro physics but is currently working in a London pub in order to pay the rent.

He said:  "I am nearly  £20,000 in debt, I was in higher education for nearly eight years, have a PhD in physics and I work pouring pints."

Ritman was critical of the mayor's scheme. He said:  "I think this is kind of a joke to be honest. There are hundreds of recruitment companies running graduate schemes. I know because I have been to see almost all of them. I am considering moving abroad to look for work because I can't see things changing over here"

A spokesperson for the major's office rejected the criticisms claiming that the website is  "more than just a job notice board. It's a one stop shop for students".

He added: "We are also offering advice on internships and advice on how to find work in specific fields".

Laurie Heselden, of the Trades Union Congress, countered: "The Mayor of London's new website is not a miracle cure for youth unemployment, what young people need is more quality jobs, not more information about the same jobs. The Mayor's support for internships has hidden dangers too. Research has shown that family and personal connections are frequently used to secure internships, some of which are unpaid, which again perpetuates elitism in our society."

The mayor's office dismissed claims that the site is not much different   to the job centre plus website's pitch to graduates. With a comment certain to infuriate those in government, a spokesman said:  "This is a media resource that students feel more comfortable with. I don't think they (students) go to the job centre".

A spokesperson for the Department of Work and Pensions, which is responsible for job centres, hit back claiming:  "The mayor's office appears to be ill-informed on this subject. Job Centre Plus is one of many routes young people can take to access job vacancies. Through the Future Jobs Fund next year, every 18-24 year old at risk of being unemployed for more than a year will have a guarantee of a job training and work experience."

Racists use Facebook to turn their sights on refugees

Jobless graduates are increasing.. Maybe its because of the continuous recession that our economy has.There is a case for walking away from enormous debts, as there is always the option of filing for bankruptcy. Bankruptcy isn&#39;t something to be taken lightly, as it isn&#39;t like buying postage stamps and you will have be consulting with bankruptcy attorneys and determine whether or not filing would be good for you. Unemployment is one of the biggest causes for filing, and foreclosure is one of the usual precursors. If you file for chapter 7, the most common filing, you will have to undergo a means test, to determine whether a person can pay all or a portion of their debts. If considering <a rev="vote for" href="http://personalmoneystore.com/moneyblog/2009/07/03/case-walking/" title="The Case for Walking Away">bankruptcy</a>, make sure you have some quick cash for emergencies and talk to bankruptcy attorneys. <!--Session data-->