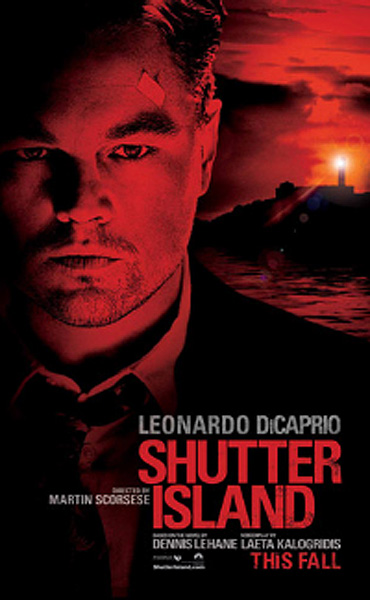 Despite already securing his place in cinema history with a career spanning over four decades across several genres, it’s fair to say that film director Martin Scorsese is yet to make an Oscar-worthy suspense thriller.

Whilst his remake of the 1967 thriller, Cape Fear achieved commercial success, the film’s slow plot left many feeling that the Italian-American director should focus on the genre he’s most comfortable in, crime.

Unfortunately, his latest thriller, Shutter Island doesn’t prove his critics wrong. The film lacks the pace demonstrated in the multi Oscar-winning feature The Departed and fails to express the dark emotion of Taxi Driver.

Based on a 2003 novel of the same name by Dennis Lehane, Shutter Island tells the story of Teddy Daniels (Leonardo Dicaprio), a US Marshall investigating the disappearance of a female patient from a hospital for the criminally insane.

However, we soon learn that Daniel’s real intentions are to discover the whereabouts of Andrew Laeddis, the man responsible for his wife’s death. Through secret discussions with estranged patients, Daniels also discovers that the institution might be using their patients for unethical surgical experiments.

With constantly changing character goals and undefined obstacles, the film fails to grab our attention and the plot-twists weaken the story’s sense of coherency rather than taking its audience by surprise. The story also unfolds too slowly and some almost memorable scenes drag on for too long; but then again, when was the last time we saw a Scorsese film shorter than two hours in length?

On a positive note, Dicaprio delivers a great performance as a cop slowly struggling to maintain his own sanity as he investigates a possible conspiracy.

In a likely homage to several Hitchcock thrillers, Robbie Robertson’s score is a great contributor to the creepy and unsettling atmosphere of the Island. Long time Scorsese editor, Thelma Schoonmaker also deserves credit for steering away from the ever-so cliché jump-scares that are seen in so many of today’s horrors.

Although Shutter Island gives us some great moments, the film lacks the masterful touch we’ve all seen in several of Scorsese’s classics.

Scratching the surface of Canada's inhumane past