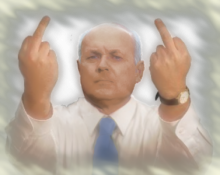 Tory advisers are demanding a crucial review of the government’s benefits sanctions regime, following months of criticism over its devastating impact on the disabled, single parents and ethnic minority children.

It warns the measure should not be resumed until “a firm evidence base” has been established for its effectiveness.

Introduced under Work and Pensions Secretary Iain Duncan Smith’s guidance in 2012, the policy can leave financially struggling claimants without state welfare for between four weeks and three years. It is applied to those who breach the government’s requirements for claiming such benefits.

Conservative ministers insist benefit penalties encourage people on welfare into work. But the policy has been labelled draconian and cruel by critics who insist it fails to ramp up job prospects and leads to human rights violations. 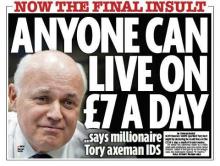 In a report presented to the government, the SSAC raised deep concern about the increased deployment of benefits sanctions across the UK.

The Committee suggested the measure could prove effective in certain instances, but argued there is no firm evidence to suggest it encourages jobless people into work.

“We believe that the sanctions regime needs to be tested,” the report said.

It also highlighted concerns over the government’s plans to enforce new conditions on recipients of welfare who work. Working individuals who rely on financial aid from the state face the prospect of sanctions if they do not respond positively to job centre advice to increase their hours or transition to a higher paying role.

“We’re working closely with social security advisory committee and other groups as we head into the next phase of delivery, to ensure that claimants continue to benefit from the better work incentives and simplicity of universal credit.” 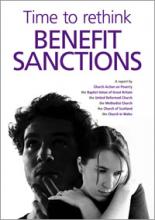 In April, hundreds of psychotherapists, counsellors and mental health practitioners warned “malign” welfare reforms and severe austerity measures are having a detrimental effect on Britons’ psychological and emotional wellbeing.

An open letter, published by the Guardian, said that the implications for Britons wrought by the coalition’s austerity policies were “profoundly disturbing.”

The letter was particularly critical of the government’s benefits sanctions scheme, which has been condemned by human rights advocates across the state as unjust, ill-conceived and ineffective.