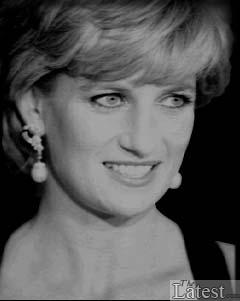 Mohamed al Fayed has declared that Diana, Princess of Wales, and his son Dodi Fayed were "murdered", as he gave evidence at their inquest taking place in London.

It was among the first words he told the jury at the central London hearing. He began by stating he would "make no allegations" and said he was simply declaring his beliefs about how the couple died.

But then he immediately told the court: "Princess Diana also told me personally before and during the holiday we shared in July 1997 of her fears.

"She told me that she knew Prince Philip and Prince Charles were trying to get rid of her."

Mr al Fayed insists the Paris car crash that killed Dodi, Diana and their driver, Henri Paul, on August 31, 1997 was the work of MI6 at the behest of the Duke of Edinburgh, the Queen of England's husband.

He claims that Diana was killed because she was pregnant with Dodi's child and about to become engaged to his son. The billionaire posh Harrods store boss also believes the Establishment could not accept an Egyptian Muslim as a stepfather to the future King of England.

1 Response to "Sensational claim that 'Prince Phillip had Diana murdered'"

<p><strong><u>Chris Gaynor</u></strong></p> Reading The over sensationalised story in The Sun and indeed in other Tabloid Murdoch press - anyone would think Mr Fayed is a mad man on a rant. Well, that maybe so, but, he is doing what any other British citizen should have a right to do, and that is find out the truth - and put an end to the conspiracy theories once and for all. As Piers Morgan, once said on a BBC Question Time, he may not like the result he gets, but, at least he has had his day in court! You have to feel sorry for Mr al Fayed.