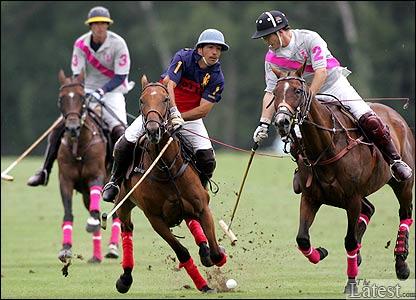 In the eleventh century, the Rubaiyat of Omar Khayyam used polo as a metaphor for God's dominion over the apparent chaos of life. Today, amidst a country in recession, the World Series returns rather poignantly to the home of British Polo, Hurlingham Park in London after a 70 year absence.

The club, founded in 1876, allowed the relatively new game, introduced in the 16th century via India, (originally brought from Asian domesticated wild horses, via Persia where   the art of warfare was mastered on horseback) to be played on a regular basis in England. Today, for the  'World Series ', the game has new rules, changed to provide a spectator friendly approach.

A  'D' ring at either end providing two points if scored from outside of this, along with the usual one point from within.   There is a  'sin bin' if a player is caught fouling after having already received a yellow card. This naughty box is a 60 second penalty time off the pony. Finally, the third rule of  'changing ends' occurs only after each half of the game. Usual polo rules apply otherwise.

Although I have a brief understanding of the game, and its traditions, I arrived at Hurlingham with the anticipation of broad backed and gorgeous looking energetic Argentinians astride the polo ponies, imagining that I would see these strapping Latin lads galloping up and down the field, with intense muscular mallet flicks during each chukka.

I had no idea that not only would I find just that, enough to make my 40 something female heart flutter, but I would encounter a whole playful side to these tall strong chaps. There were indeed a couple of women players, who, through careful watching of the game, were completely competent and brilliant holding their own against the boys. This made me realise that polo not only holds something for the women to watch but certainly something for the men to do so too. But seriously, this traditional game, usually known for being an upper class sport (the ownership of horses, the lessons and the land to play on is a great expense), today shows the multi classes of London that polo is a beautiful game to watch and all four teams,London, Moscow, New York (NY) and Buenos Aires (BA) provided a compelling afternoon of superb horses and a skilled craftsmanship of the game. 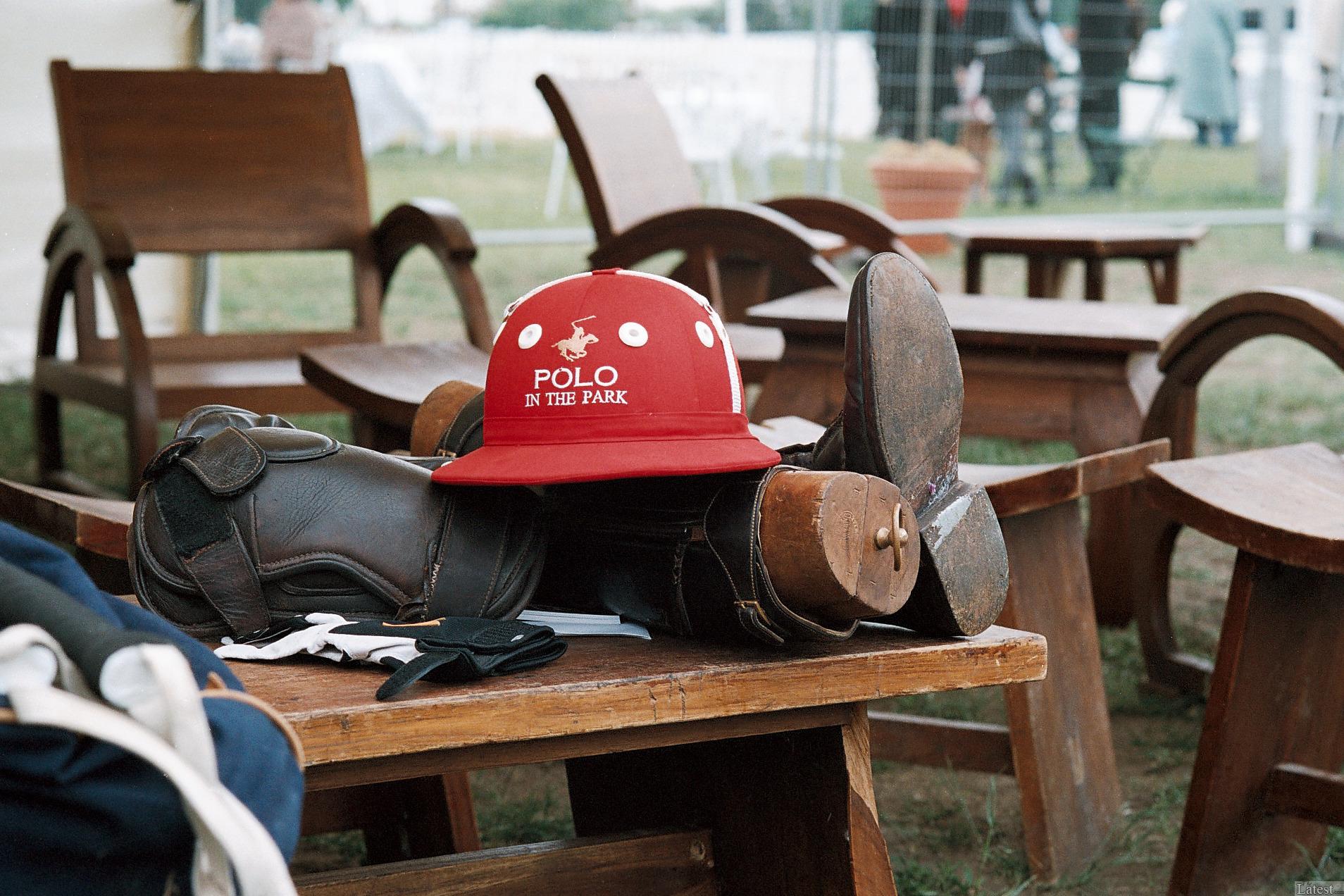 My eyes were firmly fixed on Oscar Mancini (BA) and Ignacio Figueras (NY), not only was Nacho a brilliantly tactful player he is the face of Ralf Lauren and the talk of the social ladies. Other incredible players I should mention were Kirsty Craig and Roddy Williams, both from the New York Team. Jack Kidd, playing in the London team along with his sister Jodie, who wore a beautiful floral dress despite the unpredictable London weather, provided a perfect ambassadorship to this return of Polo in the Park.

The  'field flattening' tradition at half time made me realise that this game belongs to the audience and bringing it back to its home ground is simply a tribute to this. With all the MPs' expenses scandal in the British parliament at the moment I wonder what Winston Churchill, polo's most articulate spokesman, would have said about it all.  "Don't give your son money," Winston Churchill advised parents.  "As far as you can afford it, give him horses. No one ever came to grief - except honourable grief - through riding horses ….."

Perhaps the second homes scandal would all be cleared up in a flash if the MPs bought a team of polo ponies instead and allowed the nation to sit back and enjoy the delightful spirit of the game. On asking some keen Argentinean Polo players from a club at Little Bentley Park in Colchester, Essex, here for the day to watch the World Series, what they thought of the new rules, Gustavo Combes, the manager replied:  "If they bring more people to the game then I am all for it."

He continued:  "It will be an interesting, more of an exhibition and make it more open. Each chukka is seven minutes and they will play four chukkas each. It keeps the game moving swiftly for the spectators."

In Little Bentley Park they have more than 20 members making around five teams and play up to four times a week. They have a good ground in Colchester, allowing for the English weather. Combes tells me that every horse has a different training with the range of work that they do, using the back legs etc depending upon how you train them. 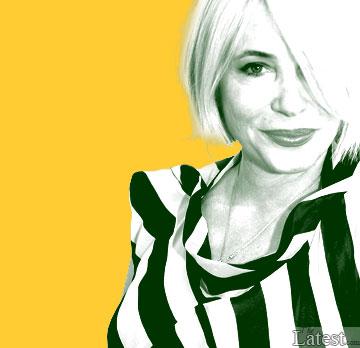 In Argentina there is a special polo thoroughbred so they try to find the best type of polo pony which makes for a great competitive spirit. Moving over to the social circles I find Brix Start, fashion stylist and Tv presenter. Brix loves Polo and has often visited Cowdray Park in Sussex. She loves riding and loves the game and wishes she could get up there and play. On asking Brix what particular aspect of polo she was looking at today and she swears that her eyes were fixated on the horses and she didn't really look at the men, like I did.

I ask her what the fashion trend is at Hurlingham:  "Because of the weather it is really difficult to dress fashionably and people are putting on clothes for comfort rather than style. In a weird way the men are dressed better than the women with their traditional clothes. Even I had a difficult time this morning deciding   what to wear.

The weather really dictates the fashion. If the sun was shining it would be a lot more spectacular, people would have pulled out all the stops. They are up to a certain level, but they haven't blown me away.

My press colleagues head back over to their Wi-Fi access point to upload their photography images to agencies, where as I wonder over to the paddocks to check out the players, see what they are up to. They are playing table football no less. So whilst the House of Commons looks for a new Speaker this week to solve the government's state of embarrassment, I am off to Little Bentley Park to look for a polo player and a thought for Churchill's philosophy.

Tale of a British loser and US winner