'Shed no tears for demise of talent show TV' 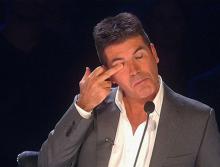 A few weeks ago, news broke that American Idol, the USA's premier talent show, a juggernaut that has rolled for 14 seasons, will stop in 2016, ending a run that first began in 2002 with Simon Cowell, Paula Abdul and Randy Jackson at the judges table.

It comes as no surprise. In recent years ratings have slipped from its peak of 30 million (per episode) in 2006 to less than a third of that audience today - it makes sense to euthanise the beast before it becomes any more feeble and pathetic. Just look at the latest season, which featured live guest performances from David Hasselhoff, Ricky Martin and New Kids On The Block.

Pretty shit when you consider a few years ago it was churning out Academy Award Winners, and Beyoncé would breeze in whenever she felt like it. The truth is, if you view the death of American Idol through the prism of the wider pop culture landscape, both in the US and the UK, you can see that the axing of this show actually beckons a much wider fate: televised talent shows are absolutely fucked.

It was inevitable really. Back in the day, the idea that an ordinary wannabe - a Kelly Clarkson, from Nowheresville, Texas, or a Shayne Ward, from an Irish Traveller family - could queue for hours for the chance to be heard by top industry execs and, in turn, vault to stardom, was pervasive and alluring.

All the more so if you were a vaguely attractive teenager who could hold a tune, owned a pair of American Apparel disco pants and believed that the world needed to hear their unique take on Paolo Nutini’s “Last Request”. TV talent shows were the new lottery to desperate stage school kids and chicken factory workers alike. Simon Cowell was the modern day, dream-making Willy frigging Wonka.

But in 2015, the shine has worn off. Everyone knows those who audition have been mined in advance from a soulless, barren cavern of peppy, cookie cutter YouTubers, who are fast-tracked to the final (exposing the duplicitous nature of both the TV shows and the supposedly "real" and "pure" YouTuber culture). The dream, for most average Joe's, is over. And, therefore, so is the format.

Mild deception might be more acceptable if any of the shows were still churning out stars like the factory production lines of yesteryear. But the poor success rate of The X Factor, The Voice and Britain's Got Talent in the past few years is damning. Though there have been winners (and runners up) of varying degrees of success over the years, there have only been two real true triumphs of the genre - Kelly Clarkson, the very first Idol winner, and One Direction, who placed third on The X Factor UK in 2010. Girls Aloud who took the Popstars: The Rivals crown in 2000 and Carrie Underwood, Idol winner and country music titan, have also arguably been hugely successful, but nationally not worldwide.

Leona Lewis, billed as the first global star and proof that TV talent shows could create A-listers, completely failed to sustain the momentum past her debut album. And the less said about alumni of The Voice and the various Got Talent franchises, the better. Britain’s Got Talent’s one and only success has been Susan Boyle, the loveable Scottish lady who captured the heart of nation using the element of surprise. The surprise apparently being that she looked like she was about to turn “I Dreamed A Dream” into a complete shit show, but instead did it to an acceptable standard.

So, why the decline? Five years ago, The X Factor final could pull bigger audiences than major football matches. Now it struggles to beat the Great British Bake Off, a magnificently twee TV series whose main personality is not a gorgeous, glamorous, shimmering Cheryl, but Mary Berry, an 80 year-old woman with a penchant for jammy cakes and neck scarves.

The rise of on-demand streaming and its overlord, Netflix, is one big toller of the talent show death knell. Remember when primetime Saturday night TV was the flagpole which we, as a nation, gathered around, not only to be part of the general cultural conversation but also because there wasn’t much other choice? Those days are no more. They are over, dead, gone; nought but a golden tear in your grandparent's memories. They are as big a part of modern life as fax machines, chicken kievs, and befriending your neighbours. Now, there is a wealth of viewing at our fingertips for a smidgen of the cost of, say, a Sky or Virgin Media subscription, and we can also see – in real time – exactly what our friends have been watching.

Who has time or patience to keep up with The X Factor when you can binge watch every season of Ru Paul's Drag Race in a week? In a world where scripted television dramas are becoming increasingly more like blockbuster film franchises - Doctor Who, Broadchurch, Downton Abbey, Sherlock, or for those of us savvy enough to get ahead on imports from across the pond, Game Of Thrones, Mad Men, Homeland, Scandal, How To Get Away With Murder, The Good Wife, Empire - it's not surprising fewer people are thinking, "nah, actually, I'll watch some am 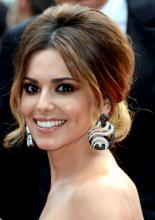 ateurs from down the road butcher Feeling Good by Nina Simone AGAIN".

Even our soaps have stepped it up a notch. The recent Who killed Lucy Beale? storyline in Eastenders was a masterclass in hooking a huge audience, and the live episodes, aired over Easter, pulled in the same viewing figures as last year’s X Factor final.

Can the ship turn around? Got Talent and The Voice still pull in views stateside, despite never having produced a successful contestant. In the UK, The X Factor continues to be trounced in the ratings by z-list cha-cha fest Strictly Come Dancing, and even the high profile return of Cowell and his tiresome sparring partner   couldn't elevate its status. It would take a complete revamp, and probably some renewed faith that the underdog could be in with a fighting chance, to bring viewers back.

Cowell is clearly still a believer though. Recent news suggests he is set to launch a search for "the Ultimate DJ" with Yahoo Live - a bid to add the new Calvin Harris or Guetta to his personal Pokedex of pop music.

If successful in pulling in the eyeballs, and converting those impressionable sockets into fans and therefore customers, it will be interesting to see how far reaching the impact of this is. There's absolutely no doubt that the perception of 21st century pop music, with its emphasis on authenticity, the sob story and the shattering high notes, was directly influenced by the advent of Idol and X Factor.

Electronic Dance Music (EDM) has dominated the pop charts in recent years, and if Cowell can turn Ultimate DJ into gold dust then maybe TV talent shows will cheat their fast-approaching heat death. In which case: bollocks.