Britain's top media commentator Roy Greenslade attracted a big mailbag of comments on his Guardian blog post about a documentary film that at long last recognises the unsung Caribbean heroes of the Second World War.

There were a huge 4670 shares of the article.

But, though most comments were favourable, a few were surprisingly grudging about the uncovering of a hidden history by the BBC's Fighting for King and Empire, Britain's Caribbean Heroes, made in collaboration with The-Latest.Com. The hour-long film is being shown at 8pm this Sunday on BBC 4. 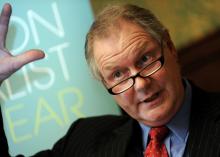 Greenslade told The-Latest.Com: "It’s extraordinary that so many people deny the truth, ie, that the role of the colonised peoples of colour was erased from the histories."

They added: "A few thousand soldiers, out of millions, with no particular skills or special training. It's a worthwhile story for a focused documentary, but merits no more than a brief paragraph, at most, in the history books."

JeremyinOz complained: "These stories not newsworthy for the Guardian unless they can frame them as some form injustice [sic]."

The writer went on: "I for one was well aware of the contribution of volunteer and standing troops from the 'Empire' and elsewhere. There were many shameful discriminatory episodes, but generally, I think people were treated with respect and their contribution gratefully received."

A person calling himself RichardChickenHeart claimed: "[Greenslade's] article is overstating its case. Veterans from a war that ended 70 years ago are bound to be "unsung" today except in the most general terms."

RichardChickenHeart added: "Those with an interest in History (for instance, those willing to spend a few minutes on Wikipedia looking up British Empire forces in WW2) will be aware of the multinational makeup of the forces."

He went on: "In the early postwar years this was also well known. The victory parade in London included soldiers from all over the world. And a Caribbean RAF veteran, E.R. Braithwaite, wrote a bestselling book in the 1950s about the war and postwar years (To Sir, with Love); the book was made into a popular film."

A conspiracy theory put forward by one of the people who commented on the Greenslade blog post was that "left-wing historians" had purposely cut out Caribbeans from their books.

"It strikes me that they might actually be the victim of left-wing politics as well as right-wing prejudice - the overwhelming majority of post war historians were and are left wing anti-imperialists, and the fact that so many brave people of colour voluntarily came to fight for the Empire might well be seen as a rather awkward thing to explain," wrote Mrkimbo.

He said: "They [the Caribbean volunteers] can always be written off as having been fooled or exploited, but that seems rather patronising."

But Mrkimbo did state: "I'm very glad they are being properly acknowledged; I don't think it's that new, as teaching in London in the 90s we had tons on the curriculum emphasising their contribution. However outside multicultural London it might be a different story."

Jermaine Frue said we must: "Salute these heroes!!!!!!!!! who would leave the climate of the Caribbean to fight 3000 [sic] miles away from home?"

More representative of most of the comments was the one from ButterflyBlu: "I learnt about WWII in school and had no idea soldiers from Africa and the Caribbean also fought until my grandfather told me. They were airbrushed out alright."

Jane Beanette made the point: "Just goes to show how scummy people are who propagate the lies of an all white army. Not even the Nazi forces where all white."

Beanette was upset with the BBC's choice of channel to broadcast the film: "Shame it's on BBC4, is that channel even that popular?"

But she was rebuked by someone who said it was popular in their home. 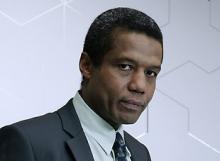 The absence of any mention of the tens of thousands of Africans who fought for Britain during the Second World War was raised. Film and TV star Hugh Quarshie, who is of Ghananian descent and narrator of the broadcast version of Divided by Race, United in War and Peace, on which the BBC documentary is based, told The-Latest.Com, African war veterans deserved their own documentary.