People with mental health concerns in the UK are four times more likely to die as a result of police force than other individuals, damning new research has found.

The Independent Police Complaints Commission (IPCC) study, due to be published on Tuesday, analysed 239 cases over five years.

Risks when police are called to hospitals to assist health staff were found to be high. Among ten such cases in a single hospital, seven of the people who had force used against them had some form of mental health issue.

The report also revealed that the public believe officers use force more readily than they did a decade ago and that officer’s lack confidence in dealing with mentally ill people.

People understand and expect that our police officers should have the power to use force when it is necessary to protect the public,” she said.

“However, officers must be accountable for their use of force, particularly when it leads to death or serious injury.”

Owers said people with mental health issues are vulnerable yet in many cases are more likely to challenge police.

“They were much more likely to be under the influence of drugs or alcohol and to be in possession of some kind of weapon, with risks to themselves or others,” she said.

Owers argued police need better training in discerning those with mental health concerns and in communicating with such people.

“There is an urgent need to invest in appropriate mental health services that can prevent such crises or support people through them,” she said.

UK law empowers officers to restrain people until they have achieved control, but is an acutely controversial area of policing when applied to mentally ill people.

Some deaths referenced in the IPCC’s research occurred when police were helping hospital staff to restrain patients. In one such case, an inquest jury ruled that a young man had been failed by multiple police officers and health staff when he was sectioned in Birmingham 2011. 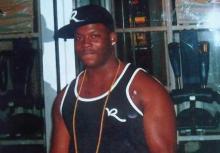 Kingsley Burrell, 29, was taken into custody after he had phoned police claiming he was being threatened with a gun while shopping in central Birmingham. CCTV footage revealed his claims were baseless and he was detained under the Mental Health Act.

In the wake of a six-week inquest, jurors said that prolonged restraint and a failure to offer basic medical attention had caused his death.

In a separate case last year, 23-year-old Seni Lewis had been restrained three times over a period of 45 minutes before he eventually collapsed and died. After his death, however, Britain’s Crown Prosecution Service (CPS) decided there was insufficient evidence to prosecute the police officers involved in the case.

The IPCC’s report made a number of recommendations to police. Among these, were a call to train officers on how to de-escalate tense situations without the need for force and a call for police to ensure that they pay special consideration to vulnerable peoples’ needs if they are assisting hospital staff to restrain patients.

New guidance on mental health and policing, drawn up by the College of Policing, is being given to forces across the UK to better prepare them on how to respond to the mentally ill. In addition to this, a number of police forces are also working alongside NHS staff to run special teams that ready to respond to crises.