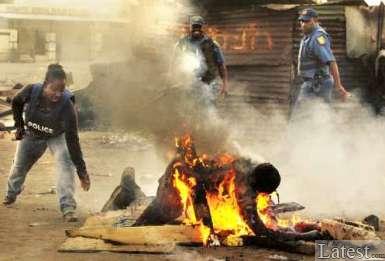 Marauding mobs baying for the blood of foreign migrant workers 'necklaced' a helpless man in Johannesburg's Reiger Park. President Thabo Mbeki was forced to call in the army, for the first time since the hated apartheid regime was ended in 1994. Heavily armed police fought a ferocious battle across the city yesterday as xenophobia-related attacks spread like wildfire. Forty two people are reported to have been killed since the mayhem started in poverty-stricken Alexandra township more than a week ago.

Fifteen thousand foreigners have been displaced from their homes in 11 days of attacks by mobs that accuse immigrants of taking jobs and fuelling crime. Mozambique said more than10,000 of its people had fled back to the country.

Residents laughed as the Reiger Park victim burned in his own blankets. As we made our way through the Ramaphosa squatter camp in the Gauteng region's East Rand, a woman's words made us freeze in horror. "They are burning people down there," she said.

I ran to the nearest police officer and said: "The locals say they're burning a person at the other intersection."

Officers leapt into a Casspir and a Nyala, and drove through the debris and barricades in the road.I ran after them, with other photographers following.

Two hundred metres down the road we found the first man. He had been severely beaten and was semi- conscious. Police thought he was dead, but later realised he wasn't. About 25 metres from him a man was on his knees. There was a mattress covering him, and it was on fire.

He, too, was alight.Police threw the mattress off him and kicked sand onto him to put out the flames. Another officer ran over with a fire extinguisher, pointed it at him and extinguished the flames. Other officers radioed for medical help.

The man was alive, but barely. He groaned, but he could not speak.It was all over in 20 seconds.There was a concrete pillar lying near him, splattered with blood. We can only imagine what was done to him before he was set alight.

The police stayed with him until the paramedics arrived, doing what they could But residents gathered at the scene were laughing.Kim Ludbrook, a photographer, admonished them, and we reminded them this was human being and that what had happened was barbaric.

Still they laughed.The burn victim, whose name has not been released, died last night in hospital.Jody Kollapen, chairman of the Human Rights Commission, said such scenes were reminiscent of "the dark days of apartheid".

The HRC will meet today to discuss the violence.One victim was a deaf mute who was attacked outside the Central Methodist Church in Johannesburg. Rampaging South Africans trying to purge foreigners from informal settlements and central city districts in Johannesburg and the East Rand , following violence in the Alexandra and Diepsloot townships. 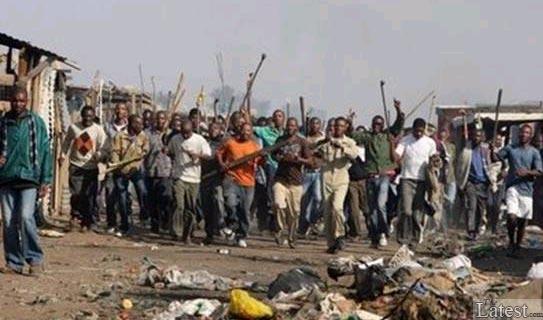 Known only as "Tarro", the young man suffered a gash to his forehead at the hands of a mob. Medical student Herbert Nedi tended to him and said the bewildered Tarro, who could only write his name and could not provide a surname, did not know what was happening around him.

"It was clear he did not have a clue what they [the mob] were talking about. He doesn't understand what is going on," said Nedi, as Tarro held a cloth to his head. At the church, next to the Johannesburg High Court, the situation was on a knife edge as hundreds of Zimbabweans and other foreigners prepared for the worst.

They armed themselves with bricks, and a small police contingent had their work cut out as they vowed to protect themselves.

"Is this how you South Africans are going to treat foreigners when they come here for the (football)World Cup?" asked one irate Zimbabwean, identifying himself only as Charles.

He added: "This is a s**t country. It's a shame to the rest of the world that they are allowing the World Cup to take place here. South Africans seem to think that no one's life is precious."

David Mokone, 22, came to South Africa three weeks ago, seeking a job and a better life. The young man, tears welling in his eyes, sat outside the church as others scampered for weapons to defend themselves.

"It's better in my own country than it is here," he said. "I would rather go back and die in Zimbabwe than be killed by South Africans," he said.

Tony Maara, 30, said: "I have never been more frightened. I didn't go to work on Saturday because I was threatened. The world must take note of what is happening here." His sentiments were echoed by 25- year-old Brian Burayai of Zimbabwe .

He said his brother was beaten up on Saturday when a group of Zulu-speaking men asked him if he knew the Zulu word for "elbow". When he could not answer, they started beating him.
"I thought I would be safe here because Mugabe is a serial killer. But these locals are just as bad," he said.

President Thabo Mbeki said a panel had been set up to look into xenophobic attacks.

President of the ruling ANC party Jacob Zuma, speaking in Pretoria also condemned the attacks, saying: "We cannot allow South Africa to be famous for xenophobia. We cannot be a xenophobic country."

In Jeppestown shop-owner Ntombi Mbokazi, 45, was in tears after thugs looted her clothing store.She cried as cops ordered her off the street. "Help me. they have taken everything!" she protested, but the public-order police were only interested in containing the violence.Throughout the day police sirens were heard across the city as police and Metro police raced from one scene to the next.

Armed with a shotgun, a police inspector in Cleveland said: "It's getting worse. This thing is like a wildfire; just when you think you've contained one area you hear its erupted again in another."
International aid organisation Medecins Sans Frontieres (Doctors Without Borders) described the situation as an imminent humanitarian crisis.

Spokesman Eric Goemaere said the attacks were a crisis."I have been to many refugee camps and situations and this definitely is along those lines," he said. 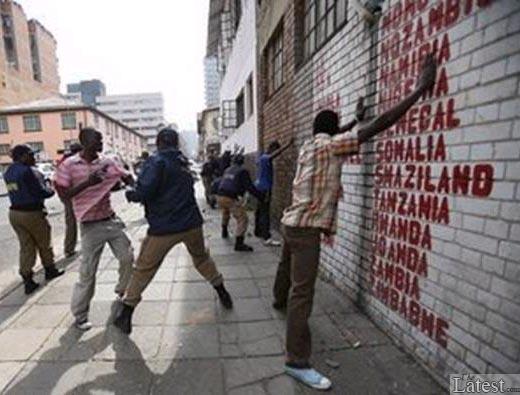 The Zimbabwe Exiles Forum (ZEF) warned the foreign and home affairs departments only a month ago that xenophobia in South Africa was getting out of control.Kicking foreigners out of homes and chasing them out of townships, even cases of assault and murder, were common. Hundreds of foreigners had been targeted in townships like Mamelodi, Soshanguve and Atteridgeville near Pretoria last month.In the Western Cape , xenophobic attacks also made headlines last year. Scores of Somalis, Congolese and Zimbabweans felt the wrath of local residents.

"The pattern of incidents give the impression that these were not isolated events but systematic and co-ordinated," warned Gabriel Shumba, executive director of ZEF in April.

"The reaction of police is cause for growing concern, as they claim they are either too scared to respond or are even complicit".

Alexandra and Diepsloot north of Johannesburg were the latest areas to experience xenophobic violence. Some reports said the violence had spread to Boksburg, Tembisa and Thokoza. ZEF programme director Ebbie Matsangaise said foreigners were given the blame for poverty and suffering found in SA's informal settlements and townships.

"Government has to start communicating better to make people aware of xenophobia and those council members who incite xenophobia have to be monitored".

She said the violence in Alexandra started at a community meeting attended by 200 people.

"These are unemployed people, they just lie about. The hate they carry in their hearts is like simmering pot - it can boil over at any moment and spread all over. That is what happened after that meeting".

"This is war!" said Methodist church Bishop Paul Verryn, calling for a state of emergency to be declared and the army's help called in.

Verryn's plea came on Sunday after gangs targeted immigrants at the church in continuing attacks fuelled by xenophobia. At least 13 people have died, two by the necklace method, in attacks which have raged in Johannesburg 's city centre and across the East Rand and West Rand . 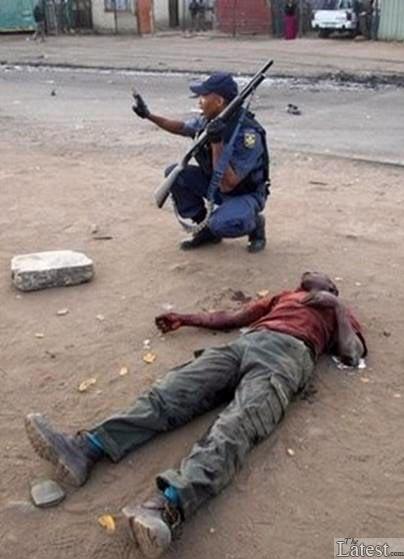 An estimated 60 people were injured in the attacks, with attackers not sparing immigrants who were sheltering in the Central Methodist Church in the city centre.Verryn said the police had warned on Saturday that they should expect an attack even on the Central Methodist Church. Many Zimbabweans, Mozambicans, Ethiopians and Malawians have been regarding the church as a safe haven.

The atmosphere was tense after immigrants were assaulted outside the church on Sunday afternoon. Many immigrants armed themselves with bricks and feared the worst. Verryn said that, as a church leader, he could not encourage violence, but it was difficult to preach his high ideals when his life was not under threat.

"It would be a howling shame, a disgrace on this nation if an attack was launched on this church."
"May God protect you," he said later to the immigrants.

Money no object in Chinese bid for Africa's oil

<p><strong><u>Chris Gaynor</u></strong></p><p>This is the type of eye-witness journalism we need - great to see the detail and quotes from people on the ground.</p><p>Some great pics too!</p>