Shooters of colour are ‘terrorists’, but not the white gunmen

Police are investigating the fatal shooting of nine African Americans at Emanuel AME Church in Charleston, South Carolina, as a hate crime committed by a white man.

Unfortunately, it’s not a unique event in American history. Black churches have long been targets of white supremacists who burned and bombed them in an effort to terrorise the Black communities those churches anchored. 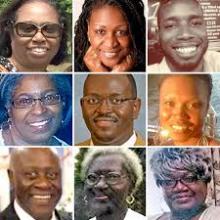 One of the most egregious terrorist acts in US history was committed against a Black church in Birmingham, Alabama, in 1963. Four girls were killed when members of the Ku Klux Klan bombed the 16th Street Baptist Church, a tragedy that ignited the civil rights movement.

But listen to major media outlets, and you won’t hear the word “terrorism” used in coverage of Wednesday’s shooting. You haven’t heard the white, male suspect, 21-year-old Dylann Roof, described as “a possible terrorist” by mainstream news organisations (though some, including The Washington Post, have covered the growing debate about this discrepancy).

And if coverage of other recent shootings by white men is any indication, he never will be. Instead, the go-to explanation for his alleged actions will be mental illness. He will be humanised and called sick, a victim of mistreatment or inadequate mental health resources.

That narrative has formed quickly for Roof. Soon after his arrest on Thursday, former FBI special agent Jonathan Gilliam appeared on CNN, saying that Roof probably “has some mental issues” and didn’t know he had done anything wrong. That is the power of whiteness in America.

US media outlets practice a different policy when covering crimes involving African Americans or Muslims. As suspects, they are quickly characterised as terrorists and thugs (if not always explicitly using the terms), motivated purely by evil intent instead of external injustices.

While white suspects are lone wolves - Charleston Mayor Joseph Riley has emphasised that this shooting was an act of just “one hateful person” - violence by Black and Muslim people is systemic, demanding response and action from all who share their race or religion. 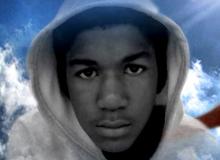 Even Black victims are vilified. Their lives are combed for any infraction or hint of justification for the murders or attacks that befall them: Trayvon Martin was wearing a hoodie, which was “as much responsible for [his] death as George Zimmerman,” Fox News’s Geraldo Rivera concluded. Michael Brown stole cigars, and Eric Garner sold loosie cigarettes — “epically bad decisions” that New York Post columnist Bob McManus, and many others, used to somehow justify their deaths.

And when Dajerria Becton, a Black teenager who committed no crime, was tackled and held down by a police officer at a pool party in McKinney, Texas, Fox News host Megyn Kelly described her as “no saint either”.

Dylann Roof is in custody after police say he opened fire at a historic African American church in Charleston, South Carolina.

In public discussions, Black children often morph into potentially menacing adults after they’ve been victimised, while white mass shooters are portrayed as children, even if they’re well into their 20s. Media reports and police statements repeatedly referred to

Tamir Rice, a 12-year-old boy shot by police in Cleveland while playing with a toy gun last year, as a “young man”. But James Holmes, who was 25 when he shot dozens at an Aurora, Colorado, cinema, was frequently defined by his youth in media profiles, which described him as “a normal kid,” a “typical American kid” and “a smart kid.”

Roof is getting the same treatment. In an interview with CNN on Thursday, US Senator Lindsey Graham (Republican, South Carolina) insisted that the 21-year-old is just “one of these whacked-out kids”. Since Roof’s arrest on nine counts of murder, the Wall Street Journal and other major news outlets have called him “a loner” in headlines.

But it will be difficult to hold to this corrosive, racist media narrative when reporting on the Charleston shooting. Those who were killed were simply participating in a Wednesday night Bible study. And the shooter’s choice of Emanuel AME was most likely deliberate, given the church’s storied history. It was the first African Methodist Episcopal church in the South, founded in 1818 by a group of men including Morris Brown, a prominent pastor, and Denmark Vesey, who would go on to lead a large, yet failed, slave revolt in Charleston.

The church was targeted early on by fearful whites because it was built with money from anti-slavery societies in the North. In 1822, church members were investigated for involvement in planning Vesey’s slave revolt, and the building was burned to the ground in retribution.

[How people convince themselves the Confederate flag represents freedom, not slavery]

In that context, it’s clear that killing the pastor and members of this church was a deliberate act of hate. Mayor Riley noted that “the only reason that someone could walk into a church and shoot people praying is out of hate”. But we need to take it a step further. There was a message of intimidation behind this shooting, an act that mirrors a history of terrorism against Black institutions involved in promoting civil and human rights. The hesitation by some in the media to label the white, male killer a terrorist is telling.

In the rapidly forming news narrative, the fact that Black churches and mosques historically have been the targets of racial violence in America should not be overlooked. While the 1963 Birmingham church bombing is the most historic, there also was a series of church burnings in the 1990s. Recognition of the terror those and similar acts impose on communities seems to have been forgotten post-September 11, 2001. The subsequent Islamophobia that has gripped sectors of the media and politics suggests that “terrorism” applies only in cases in which the suspects are darker-skinned.

[It’s up to white people to fight white racism]

This time, I hope journalists will ask questions that get to the root of racially motivated violence in America. Where did this man learn to hate Black people so much? Did he have an allegiance to the Confederate flag that continues to fly over the South Carolina capitol? Was he influenced by the right-wing media’s endless portrayals of Black Americans as lazy and violent?

I hope the coverage won’t fall back on the typical narrative ascribed to white, male shooters: lone, disturbed or mentally ill young men failed by society. This was not an act of just “one hateful person”. It was a manifestation of the racial hatred and white supremacy that continue to pervade our society, 50 years after the Birmingham bombing galvanised the civil rights movement.

That systemic prejudice is evident in the Confederate flag that remains at the statehouse because white “tradition” is more important than a history of racial terrorism against Black people. It is evident in the assault rifles that white “patriots” were able to parade around outside a mosque in Arizona, while a Black man was killed by police for picking up a rifle for sale in an Ohio Wal-Mart. It is evident in the tea party rallying call to “take back our country,” words mirrored by the Charleston shooter as he killed nine Black Americans.

The Charleston shooting is a result of an ingrained culture of racism and a history of terrorism in America. It should be covered as such. On Friday, Department of Justice spokeswoman Emily Pierce acknowledged that the Charleston shooting “was undoubtedly designed to strike fear and terror into this community” (though terrorism is not among the nine murder charges brought against Roof, so far). And now that Roof has admitted to killing those people to start a “race war,” we should be calling him what he is: a terrorist.

* Anthea Butler is an associate professor of religion and Africana studies at the University of Pennsylvania. This article was first published in the The Washington Post.

* Read top media pundit Roy Greenslade's excellent exposé of how some of the UK press poorly covered or ignored the Charleston massacre.

Shooters of colour are ‘terrorists’, but not the white gunmen