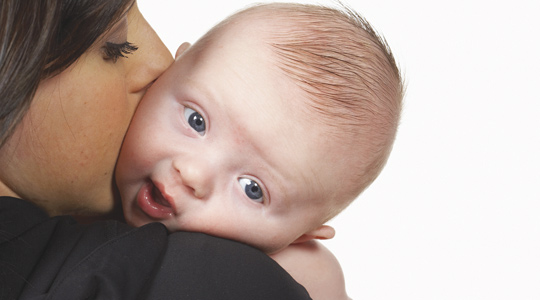 Single mothers are living a "lifestyle choice" and enjoying state benefits according to research by the Young Foundation, presented to the Centre for Policy Studies this week.

Geoff Dench, who revealed the controversial findings, said the proportion of lone mothers in the UK has risen from 10 per cent to 25 per cent during the last 20 years. At the same time, he said, there was a significant change in the characteristics of lone motherhood.

In the 1980s a single mother typically had separated from a partner after some years of marriage or cohabitation. Now, a growing proportion have never been in a co-resident relationship, Dench claimed.

In 1986 just 15 per cent of single mothers with children under 13 described themselves as never having married or cohabited, but by 2006 the proportion had increased to 57 per cent.

Dench said: "It seems that lone motherhood is less a result of relationship breakdown and more a lifestyle choice.

"And the existence of state benefits as source of economic security seems to be encouraging young mothers not to bother with male resident partners."

Married and cohabiting mothers have increased their rates of employment steadily for the last 20 years.

But lone mothers have only increased theirs slightly, with periodic setbacks, the survey showed.

The British Social Attitudes survey also found that 50 per cent of single mothers believe "being a housewife is rewarding", up from 38 per cent in a 1990 study.

Also, single mothers appeared to be in favour of marriage in principle - with less than 50 per cent disagreeing with the proposition that "marriage is the best kind of relationship", with 31 per cent agreeing and 22 per cent having no view either way.

Their positive attitudes towards welfare suggest, however, that they regard the state as more likely to provide security than a typical male partner.

What most lone mothers need and many want (and may be waiting for) is a reliable partner-breadwinner, to settle down with. It would therefore make a lot more sense for policy to concentrate on dealing with male worklessness, in order to make men marriageable again."

2 Responses to "Single mothers living on welfare 'as lifestyle choice' "

<p>Lone motherhood I may say is another devastating issue in our society, why? Because based on the article above, the proportion of lone mothers in the UK has risen from 10 per cent to 25 per cent during the last 20 years and so, became almost a lifestyle.&nbsp; Being a single parent is not as easy as what they think—they don’t have reliable partner-breadwinner, to settle down with. As a single mom I can understand how does it feel, I am a mother of two and one of them has a <strong><a href="http://personalmoneystore.com/moneyblog/2010/03/10/asperger-disease-part-2-discovery/%20">Asperger's disease</a></strong>, or Asperger's syndrome, I do double my work to finance our needs and also manage my time so that I can be the father and the mother of my children.&nbsp;</p>

I do not see a problem with this at all. I would rather have the parents at home with their kids. The kids will definitely be better this way. <a href="http://miscarriagesymptoms.org/">miscarriage symptoms</a>