Some say I'm an arrogant diva: the judges disagreed 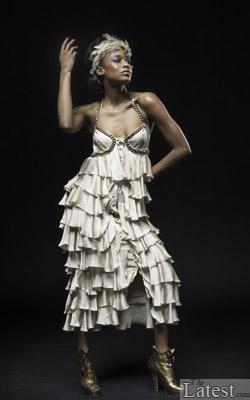 I was so excited to interview ex-Eternal music star Louise Rednapp. In terms of me wanting to be a Tv presenter, this would have been a great challenge to win.

Unfortunately I didn't, although I would still like to think that I gave a good interview. Maybe I just could have been slightly more focused on fashion. Hayley definitely deserved to win and that's all fine. But I really didn't like the fact that my big personality seemed to worry the judges.

I completely understand that maybe I can be a little over the top sometimes but, in a professional environment, I am nothing but on point. This week seemed to focus a lot on me being over confident. I have had that criticism before. But I would like to defend myself by stating that I would rather be over confident than have no personality at all.

I think that sometimes, while in the pressure-filled situations that this competition insists in putting me in, I may over compensate due to nerves. This was definitely the case at the challenge at Louis' hat studio. We had to entertain a room of guests wearing one of Loius' hat creations and a leotard. I had this plan to be elegant, sophisticated and poised but as soon as my shoe fell off that act was over.

I was panicking inside and felt my face getting extremely hot throughout the whole challenge. But I just thought that I have to get through this, no matter what. I'm going to take on board my stage school comments from Louis and maybe try and tone down my over confidence, just a little … if I can.


Oh My Gosh, Kylie Minogue. This was probably the biggest photo-shoot we have had to date and it was time to pull off an amazing performance out of the bag. There is no way I could let Kylie down. The emphasis of the shoot was couture, high fashion, Hollywood glamour. All concepts that I love and that I'm familiar with, so hell yeah I was excited. The next morning we were greeted by our outrageous stylists, Johnny Blue Eyes and Giles Pearson.

They both pumped us up for the shoot and told us exactly what they would be looking for. It was great fun working with such big personalities as it created a really good atmosphere and raised my energy levels. I loved, loved, loved my look for the day. I was a couture interpretation of a Grecian princess. Well, that's what I felt like anyway and the clothing and accessories were gorgeous.

With this concept firmly in my mind, I proceeded onto set. I made a conscious effort to only turn my Grecian princess vibe on when I was in front of the camera, because there was no way I wanted the photographer to think that I was up my own bum. I really enjoyed the shoot, but I do think that maybe I tried to do too much. Sometimes simplicity is best and I'm going to make a mental note of that for the future.

Time for judging, again and I managed to shoot myself in the foot when Giles, the guest judge, suggested that I was a diva. I tried to explain myself. He cut me off and said:  "You didn't let me finish, you were the right kind of diva."

It was a compliment and I couldn't believe it. I think I need to learn to keep my mouth closed sometimes. I absolutely loved my photo. It embodied everything I wanted it to: power, elegance and haute couture. Despite being nervous as usual throughout, the result of this elimination was actually the best so far. Kacey and Chloe were both axed from the show and this was easy for me because I wasn't particularly fans of either of them, so no sad goodbyes and no thought of missing someone in the house.

The only thing that may have made this elimination even better was the fact that I was called out third best. Probably not that good, but it's the best that I have done so far so I will take what I can get.

Next week were going to a surprise trip, to find out where tune in Monday 9pm, Living TV.