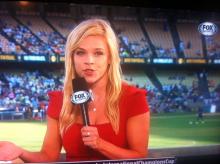 This website is proud it has been a springboard to success for many budding journalists.

They range from an Indian student who gave us graphic eyewitness accounts of a terrorist attack in Mumbai to a Canadian, on a masters course taught by the-latest's editor, who covered the Vancouver winter Olympics.

All of our success stories have had two things in common: the journalist's ability to land a scoop and dogged determination to learn to become the best at their job.

Phil Simms, deputy editor of English weekly The Henley Standard, said: “I thoroughly enjoyed my four years doing stories for the-latest.com. After being one of Marc’s journalism students at City [University, London] it was great to get the opportunity to find stories and have them published.”

Phil got a first class BA in journalism. 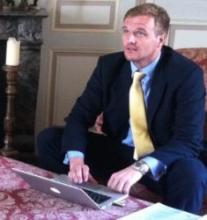 The-Latest’s protégés also include Jonathan Brooker, who bravely travelled to a strife-torn part of Africa, during time off from his university journalism course, to write his spell-binding Darfur diary for this site. He went on to work for the The New York Times, The Daily Telegraph, The Sunday Telegraph, The Independent, The Independent on Sunday, The Epoch Times and The Thompson Reuters Foundation. 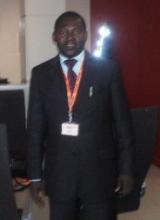 Jonathan is currently working with the United Nations Office for the Coordination of Humanitarian Affairs in the Regional Office for the Middle East and North Africa.

Guy Momat, an ex- student on the Journalism for All course run by the-latest’s CJET sister charity, did some intrepid reporting from the Democratic Republic of Congo war zone and lived to tell the tale. 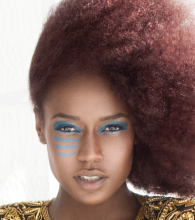 America and Britain’s Next Top Model finalist Annaliese Dayes, who was looked after by Marc Wadsworth’s MW Management outfit, wrote exclusive columns while on the TV shows.

She is now a Heart FM DJ and has been a presenter on prestigious programmes, including the Mobos, The Clothes Show and 1-Xtra.

A model, dancer and presenter, she told the-latest: “I’m pleased Marc got me into radio. To begin with, I told him I wanted to do TV but he persuaded me the way in was through radio – the same route he took before he became a television reporter-presenter – and I heartily thank him for that.”

City University, London, Julie Stewart-Binks covered the Vancouver Winter Olympics for the-latest when she was studying for a masters in international journalism, with Marc as one of her lecturers. After graduating, she went on to anchor and report for Fox Sports 1 and ESPN. 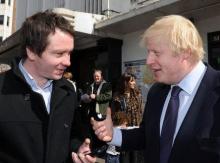 Tom Barnes, an ex-student on the Journalism for All course run by the the-latest’s CJET sister charity, got work experience organised for him at the South London Press by the-latest and went on to work at The Sun, Britain’s biggest selling paper.

The-latest’s former India correspondent Sumantra Maitra, was given a reference based on his excellent work for this site, and this helped him get a scholarship to do a masters in international studies at the University of Otago, New Zealand, which he completed with distinctions in international politics and global economy. 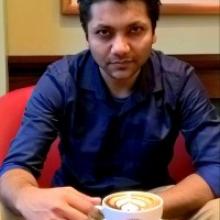 In 2008, Sumantra filed gripping eyewitness accounts of the 2008 Mumbai terorist attack. He has written for the Eurasia Review, Russia Direct and The Interpreter, and is currently studying for a doctorate at Nottingham University.

Other young writers on the-latest were helped to get work experience on top publications like The Guardian and Time Out. 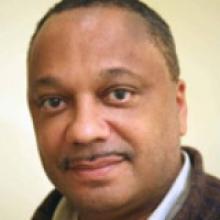 The-latest's editor Marc Wadsworth said: “We’re proud to have been an incubator for such amazing talent and through the Journalism for All courses and other training we do look forward to helping to create other success stories.”

He added: “It just goes to show the value and worth of quality citizen journalism as a global movement that’s gives a voice to the voiceless – especially in these troubled times of Trump and Brexit.”

Marc paid tribute to his deputy, Deborah Hobson, who, he said, has encouraged and nurtured young writers. She had also worked with him as a fellow BBC TV producer, making the film Fighting for King and Empire, Britain’s Caribbean heroes.

As well as filmmaking, Marc continues to be a freelance journalist, lecture at universities – most recently on his role helping to set up the Stephen Lawrence Campaign for Justice in the criminology department of Birmingham City University.

He commissioned a report from Kenya which, along with Uganda and South Africa, he has visited on several occasions, about the troubles of the 2007 general election that spilled over into the following year, and reported himself from Nairobi in the summer of 2017.

As a media trainer, Marc's clients have been as varied as the Media Diversity Institute, the Migrants Resource Centre, the European Centre for Press and Media Freedom and the UK's Air Traffic Control. 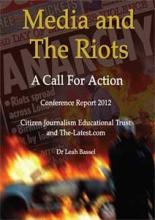 Featured columnists on the-latest  have included Heidi Kingstone, the celebrated foreign correspondent and author of Dispatches from the Kabul Café, Ron Ross, of America's National Association of Citizen Journalists, Thomas L. Blair, editor of The Chronicle World, Richard Keeble, a journalism professor and co-editor of Ethical Space and Dr Leah Bassel, associate professor in the University of Leicester's sociology department, who authored CJET's Media and the riots: A call for action report. She went on to become a CJET trustee.

* Marc Wadsworth did a lecture at Warwick University's prestigious Yesu Persaud Caribbean Centre, Coventry, UK, in February 2017. The talk was about his African and Caribbean Second World war veterans documentary films, including the one broadcast by BBC TV. Afterwards he was appointed an honorary Associate Fellow of the department.