Stars' slack lyrics are bad for our girls

These so-called “iconic” performers are hugely successful but what message are they sending out to our next generation of women?

Some people will argue that these artists are victims of a music industry that encourages them to go “sexy or bad” to sell albums, win awards and earn millions of dollars.

Bajan songstress Rihanna is a prime example of a female superstar who has “resisted pressure” to be a positive role model for young girls and tone down her act.  In an interview with British Vogue magazine in 2011 Rihanna said: “Being a role model became more of my job than I wanted it to be. But no, I just want to make music. That’s it.”  Her seventh album Unapologetic was released in 2012 and included the x-rated, sexually explicit single Pour It Up. The video for the song has been reportedly banned in some countries. 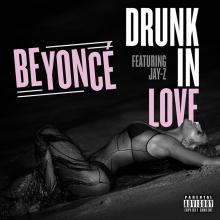 Ex-Destiny’s Child lead singer Beyoncé and her rapper husband Jay Z have been named the world’s “Most Powerful Couple” on the Billboard’s 2014 Power 100 List.

I spoke to Amy, a school teacher and passionate advocate of rights for women who stated that artists like Rihanna and Beyoncé were undeniably “on top of their game”. She believes that whether they wear fewer clothes or not, they should not be judged, in the same way a male singer who constantly removes his shirt on stage isn’t judged. However, when quizzed about their overtly sexual and violent lyrics Amy found it shocking that female performers often say they are pro-feminist but make choices that devalue womanhood.

Is it solely the responsibility of celebrities and their record labels to ensure that young girls are influenced in a positive way by their music, or as a society should we do more to censor sex-ploitive lyrics?

I strongly believe that influential female stars need to look beyond their fame and riches and deal with the destructive impact of their slack lyrics and image on adolescent girls.

*Kym Whittle was shortlisted and commended in the BME Young Columnist of the Year competition.

How Missy Elliot won respect for women who rap