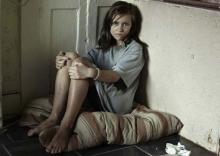 More than 2,000 cases of patients seeking treatment for malnutrition at UK hospitals have been recorded in the last year, a significant increase on previous years, figures released by NHS trusts have shown.

The numbers, obtained through a Freedom of Information (FoI) request, reveal a rise of 259 cases of malnutrition recorded by 43 National Health Service (NHS) hospital trusts throughout the country compared with three years ago. 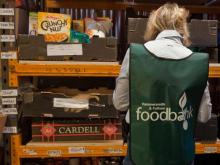 The figures were released on Monday just a few weeks after Tameside Hospital in Great Manchester became the first NHS hospital to set up a permanent food bank. Medical staff reported a rise in the number of malnourished patients turning up for treatment.

According to figures from the Trussell Trust, food bank use has reached record levels in the past year. The Trust, which operates 425 food banks across the UK, says between April and September 2015, its food banks served more than 506,000 food packages to people in need compared to 493,000 in the same period last year.

The FoI requests were made by Birmingham City University student Eiryo Saeki to NHS foundation trusts. Saeki asked for the numbers of patients who had been given treatment for symptoms of malnutrition such as Kwashiorkor, an under-the-skin swelling found most commonly in famine-stricken countries.

The Salford Royal NHS Foundation Trust said its figures indicate “episodes” of malnutrition, and cautioned some patients may have been counted more than once if they were transferred between consultants. Government officials have suggested the rising number may indicate improved diagnosing tools.

A Department of Health spokesperson told the BBC: “Malnutrition is unacceptable. Though the rising figures we have seen may well be in part due to better diagnosis and detection, even more action is required.

“That is why we have ensured that everyone over the age of 40 can have a free NHS health check to spot the warning signs of poor nutrition, and have provided £500,000 funding to Age UK to reduce malnutrition among older people.”

The reports came ahead of Chancellor George Osborne’s Spending Review on Wednesday, amid concerns further budget-slashing will put further strain on a population already absorbing the impact of past rounds of austerity.

"Very significant" government spending cuts will still be imposed before the next general election, an influential think tank has warned.

Paul Johnson, director of the Institute for Fiscal Studies, said that George Osborne's Spending Review on Wednesday was "not the end of austerity".

"This Spending Review is still one of the tightest in post-war history," he said.