Is student leader Aaron Porter the enemy within? 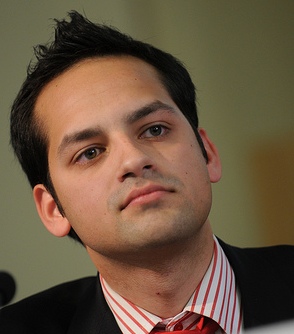 Besieged president of the National Union of Students in the UK Aaron Porter is facing mounting pressure from his members to resign after attacking militant protestors, writes Deborah Hobson.

They are bitterly disappointed by Porter's criticism in the media of student fees demonstrators in London.

Porter, 25, was elected in June this year to head the NUS which represents approximately five million students. This figure includes other student unions affiliated to the NUS.

Demonstrations organised by the National Union of Students attracted more than 50,000 people two weeks ago and similar numbers took to the streets yesterday. 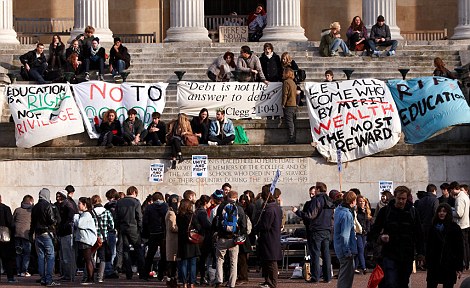 Students from towns and cities across the UK travelled to London in coaches to join lecturers, pensioners and medical trainees in voicing their opposition to the coalition government's proposed  increase to tuition fees. Under the government's scheme, which represent the most radical shake-up of student funding for decades, the fee cap will be raised to £6,000, with universities able to charge up to £9,000 – triple the current cap – in ''exceptional circumstances''.

Liberal Democrat Members of Parliament as well as Deputy Prime Minister Nick Clegg have been the particular focus of student ire because they publicly pledged during the General Election not to allow fees to go up.

Dubbed "The Battle of Millbank" by students on blogs on the internet and by anarchist group websites like the Freedom Press, Anarchist Federation, Permanent Revolution and Occupy Everything, protestors in the first mass demonstration against the hike in fees smashed their way through glass windows into the Conservative Party headquarters in Millbank, destroying CCTV cameras and eventually  scrambling onto the roof of the building.

Dismissed as a "New Labour (Party) lackey and son of a copper", Porter immediately became a hate-figure for angry students and campaigners when seemingly unsympathetic to many members of his union, he described riotous behaviour at the demonstration as "utterly despicable" and an "utter disgrace". He condemned the occupation of Millbank, called for a police investigation into the protesters and hoped that the occupiers would be “hung out to dry”. 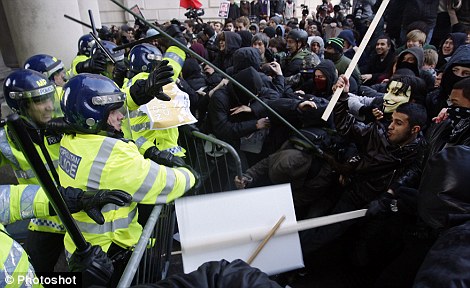 Wednesday's day of action was organised by students largely through word of mouth and notices on social networking sites like Facebook and Twitter without the official backing of Porter and the NUS. There were minor skirmishes between protestors and police who used the controversial practice of kettling, deployed in last year's G20 demonstrations, to control the crowd. 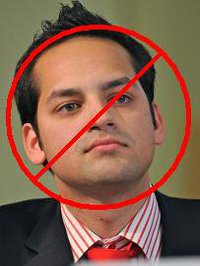 A page on Facebook has been set up by students titled Aaron Porter does not represent me - Campaign to sack NUS "president" with over 500 supporters so far. There has also been a number of unfavourable comments about Porters leadership of the NUS on Twitter. One comment said:"If the leader of the NUS can't attend a protest because of the hatred against him- maybe it's time to resign?

Another wrote: "Didn't see Aaron Porter out on the streets  yesterday. Careerist little prick. I predict Labour MP within a decade."

Others criticised police tactics: "Watching a grown man in body-armour baton the knees of a 15-year-old schoolgirl is a pretty depressing sight".

Porter has come under fire from the NUS Black Students Campaign group who accuse him of sabotaging their national conference which was due to take place on November 27-28 in central London. Porter shut down registration for the event last week citing "health and safety" issues without setting out what the risks might be or what the NUS Black students would need to do to address them before the event this weekend.

Activists from the Black community have slammed  Porter's move as discriminatory saying that it is clearly part of an effort to undermine the work of the Black NUS to keep Black students from organising at this critical time of cuts to funding for higher education.

Despite being a minority of the student population black students are some of the most active member of the Union and make up 20 per cent of the student movement.  A key part of their activities involves meetings and national conferences where students can debate the issues that are important to them, which are all too often sidelined in mainstream NUS debates. 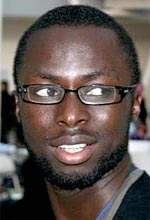 NUS Black Student's Officer, Kansa l Sesay told The Afro News publication: "At a time when students face the fight of our lives to defend our education, the NUS leadership chooses to slam the door shut in the face of Black students and prevent its members from organising a strong and coherent fightback."

He added: "This is not the time for the NUS President to fight the same members he was elected to serve. Now is the time for NUS to organise, engage and mobilise all students against the Con-Dem government's regressive policies."

Personal letter from Barack about Hillary to The-Latest

'US right-wing have lost presidency and media war'