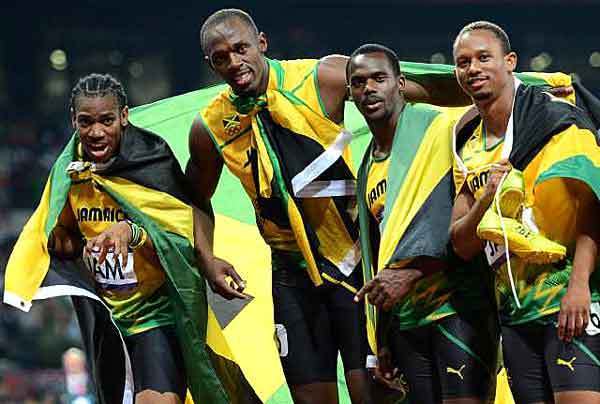 As British Jamaicans celebrate their homeland’s 50th anniversary and Usain Bolt’s triumphs in the London 2012 Olympics, it’s time to develop closer ties across the Atlantic.

One source of pride is the biggest Jam-fest since the 1962 independence from Britain in the largest Jamaican centres. A warm glow bathed the celebrants in Brixton, south London, Mecca of Jamaican settlers and spread beyond the capital to Birmingham, the second largest settlement.

Celebrants raised a chorus of Thanksgivings in church, the arts, comedy, dance and gospel. Folks clad in yellow, green and black colours of Jamaica whined with rum and salty-spicy ackee and codfish, everybody’s favourite dish. They never tired of affirming  Bob Marley’s “One Love”, an inspiration bred in pan-Africanist Marcus Garvey’s cry “Up you mighty race, you can accomplish what you will”, a century ago.

In a second sign of the feel good glow, Bolt and Team Jamaica's gave thanks to supporters at their Birmingham training camp and university facilities (with Jamaican chefs on hand). “All respect” said the first man to retain both the 100m and 200m Olympic sprint titles. A hallelujah shared by teammates Yohan Blake and Warren Weir who won silver and bronze respectively. 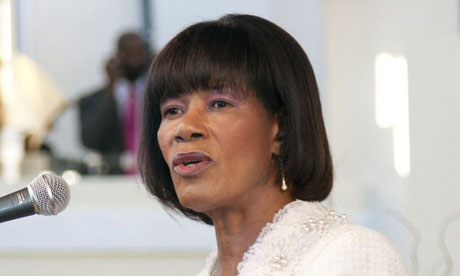 This Big-up chimes with the praises of Portia Simpson-Miller, Prime Minister of Jamaica, a third positive signal. She saluted “My fellow Jamaicans ... in the Diaspora” for their support for Jamaica and its Olympic athletes. Sentiments shared by H.E. Aloun Ndombet-Assamba, the new High Commissioner, members of the Jamaican Olympic team and prominent British Jamaicans.

Significantly, Brand Jamaica came to town in a deal that adds multi-millions to the city's ailing economy. The deal was signed in the presence of the Jamaican Lord Morris of Handsworth and supported by the Jamaican National Building Society at Birmingham’s Crowne Plaza hotel.

In tribute, Mike Whitby, leader of Birmingham City Council said “The relationship between our two countries is being enriched by what we are doing today," And the reason is “Birmingham has a heart that beats like fast Jamaican athletes, said Whitby. The presence of a large African-Caribbean population probably clinched the deal. That put the city ahead of Cardiff, Loughborough, Amsterdam and Berlin.

Therefore, the Jump-up Joy for Jamaica combines the unity of talent, heritage and popular enthusiasm with money. The Jamaica-Birmingham-UK agreement reveals much about the interchange and movement of money and people across oceans and continents. And it is the money element that will raise some eyebrows. There were some fancy receptions and black-tie only events for the city leaders and small, striving Black middle class. In addition, the Jamaican government’s investment arm Jamaica Promotions (JamPro) and the island’s tourist board will profit.

However, the profit to the politicians and company directors will not mean much to Birmingham’s 30,000 or more Jamaican residents. No crumbs from the high table for local business to regenerate riot scarred Handsworth and race-tense Winson Green since September 1991. No work for jobless inner city households or books and computers for poorly equipped, understaffed schools.

Of course, Jubilee-ing, if sustained, may boost the efforts of influential Jamaicans and their partners. Beverly Lindsay is an award winning head of the Association of Jamaican Nationals. Dr Joe Aldred is an ordained bishop in the Church of God of Prophecy, the third largest black Pentecostal church in Britain. Prominent activist Maxie Hayles chairs the Birmingham Racial Attacks Monitoring Unit.

One cheering side effect of the twin gold’s – 50th and Olympic – is that they provide occasion to fulfil the ambassador’s salute. Faced with a barrage of questions about how UK Jamaicans will benefit, the prime minister could reply by appointing the first goodwill ambassadors to diaspora youth.

What is required is an explicit embrace, a wholesale merger of interests – a momentous step that expresses Jamaican humanity to its own. (A humanity, by the way, that overseas generations showed by sending monies home to support their families, education, health and social services. . A financial hardship that eased the pressure on the debt-ridden island exchequer.)

In the first instance, the goodwill ambassadors would have a range of sporting talents and achievements. Medallists with a vision but others may be celebrities with a proven record of concern. All with a commitment to improving the lives of diaspora youth.

And, what positive actions should they undertake? They could share and exchange tangible expressions of Jamaican humanity.

In a continuing program of exchange, they would be messengers of hope not only in athletics but also in every field that Jamaica excels: education, the media and cultural arts, polyrhythmic music, enterprise and confident civic participation.

*Thomas L Blair is a sociologist writing on creative renewal in Black Britain and Afro-Europe, see Chronicleworld website http://www.chronicleworld.org. And his Chronicleweblog Post-racial Britain and the End of Black Politics at http://chronicleworld.wordpress.com. Also see Black British culture is in crisis says leading scholar on The-Latest.Com.

Let him run in the Olympics